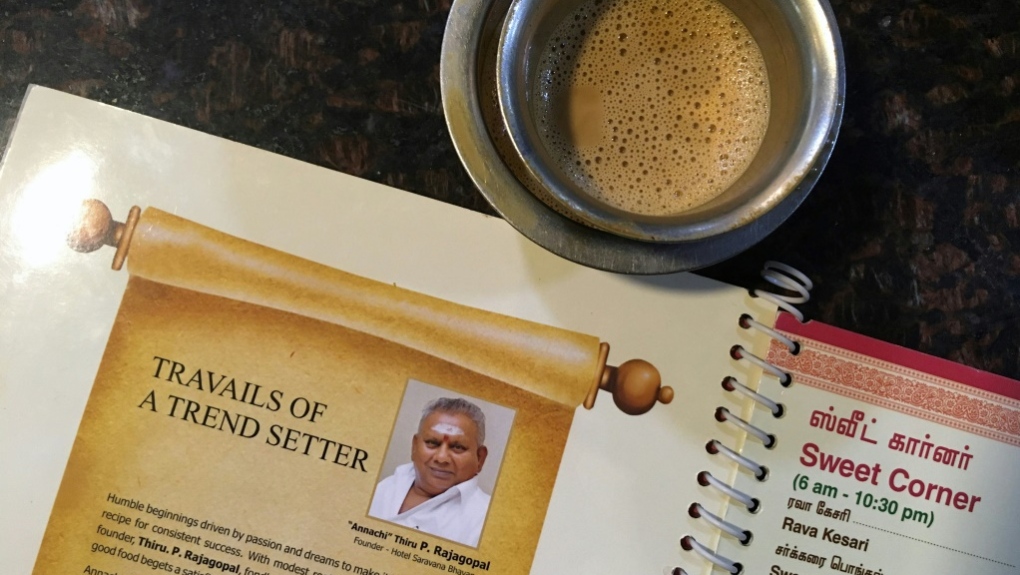 P. Rajagopal, the wealthy founder of a chain of eateries popular across India and beyond was found guilty and sentenced to 10 years in 2004 over the killing of a love rival. (AFP)

NEW DELHI, India - The founder of a trailblazing Indian restaurant chain sentenced to life for murder launched a Supreme Court appeal to delay the beginning of his term Monday, citing ill-health.

P. Rajagopal, the wealthy founder of the Saravana Bhavan chain of eateries popular across India and beyond was found guilty and sentenced to 10 years in 2004 over the killing of a love rival.

Reports say Rajagopal, 71 and known as the "Dosa King" was obsessed with the daughter of an employee and wanted to marry her.

Unable to take a no for an answer, he ordered the killing of her husband.

Rajagopal was meant to surrender to authorities by July 7 after his life conviction was upheld by the Supreme Court in March.

But he moved the top court again Monday, saying he was hospitalised and needed more time.

His request will be taken up for consideration on Tuesday.

Rajagopal, always dressed in white with a strip of sandalwood paste on his forehead, is the son of a low-caste onion trader from a village in the southern state of Tamil Nadu.

In 1981, he opened his first restaurant at a time when eating out was unusual for most Indians. The chain now has outlets worldwide from New York to London to Dubai.

The winning formula was, and remains, that the southern Indian vegetarian delights on offer -- dosa pancakes, deep-fried vadas and idli rice cakes -- taste homemade, and are affordable.

Reports say he wanted to make the woman his third wife because an astrologer had advised him to do so.