In Rio, protest in defence of the Amazon turns political 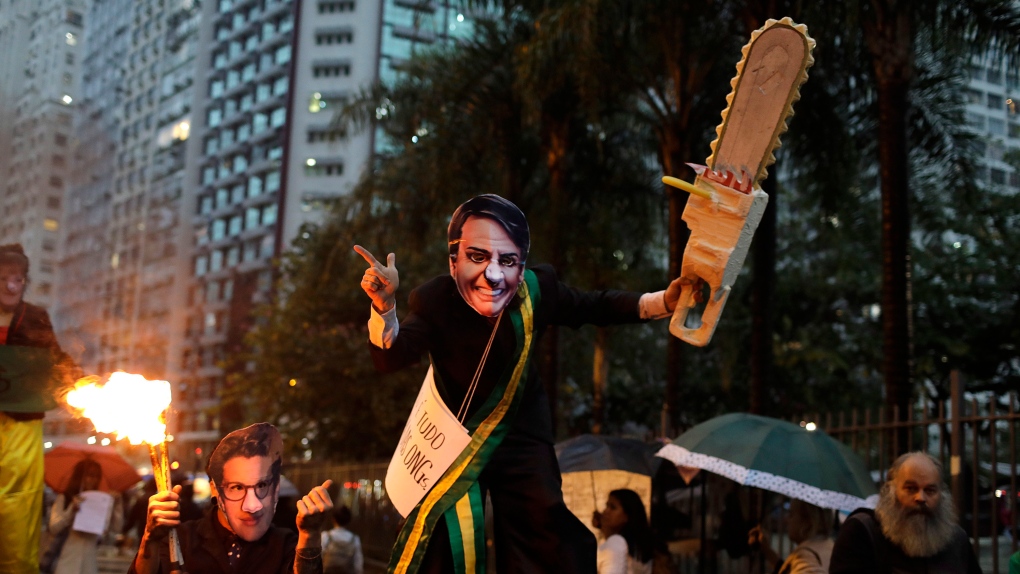 RIO DE JANEIRO -- Events were held in Brazil and abroad Thursday to show support to the Amazon rainforest, which has drawn international attention over an increase this year in the number of fires in the region.

In Rio de Janeiro, dozens of activists, civil society groups and indigenous people met under the rain in the city centre, some wearing T-shirts saying "Fight for the Amazon!"

"What we do not accept is the official discourse from Brazil that underestimates the importance of the environment," Barbosa said.

Brazil's far-right president, Jair Bolsonaro, has said that environmental regulations are often an obstacle to the country's full economic development. He has sent the military to help battle some of the fires and issued a decree banning most fires for land-clearing for a period of 60 days.

Norway and Germany recently suspended tens of millions of dollars in funding for sustainability projects in Brazilian forests because of concerns about the country's commitment to fighting climate change.

Bolsonaro and French President Emmanuel Macron have clashed repeatedly over Brazil's handling of the fires.

Macron also savaged the Brazilian president in late August for endorsing a Facebook post that had "extraordinarily disrespectful comments" about his wife.

France is a major source of foreign direct investment in Brazil, according to 2019 data from the economy ministry.

The Amazon is considered important for its absorption of carbon dioxide from the atmosphere. Between Jan. 1 and Sept. 5, official data say there were over 95,500 fires in Brazil, up 59% from the same period in 2018.