In defeat, Sessions still says Trump right for the nation 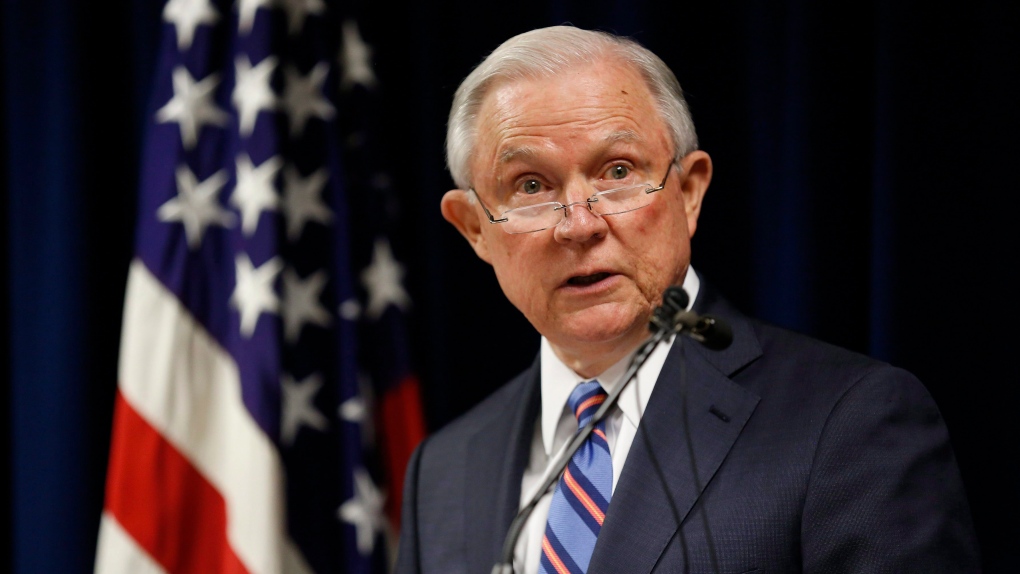 MOBILE, ALA. -- Jeff Sessions took the stage with the same sense of conviction he had displayed in giddier times at a Mobile stadium almost five years ago, declaring once more that Donald Trump's vision was right for America.

Yet the political circumstances were far different Tuesday night for the longtime Alabama senator who was the president's first attorney general.

The boisterous throngs that had greeted Trump and Sessions at an August 2015 rally were a distant memory as Sessions conceded defeat in Alabama's Republican Senate runoff. That vote ended Sessions' hopes of reclaiming the Senate seat he abandoned to join Trump's administration. Now, he was left him to defend his honour for perhaps the final time against the unconventional president he had helped elect but then enraged.

Trump tweeted his joy about the victory by former Auburn University football coach Tommy Tuberville and Sessions' stinging defeat. The president has long chastised Sessions since Sessions recused himself in the investigation into Russian interference in the 2016 presidential campaign.

"I leave elected office with my integrity intact," Sessions said, initially standing alone before his grandchildren joined him in front of reporters. "I hold my head high."

For Trump, the outcome mixed vengeance and vindication. As he sees it, a turncoat, and his preferred candidate won handily. Tuberville will take on vulnerable Democratic Sen. Doug Jones in November.

Tuberville boasts a profile not unlike that of Trump, the former reality television star turned politician.

Tuberville, 65, has never held public office but comes to the political arena with a well-known brand. He embraces Trump and sells himself as an outsider, a conservative culture warrior. Tuberville told his supporters that Jones threatens Alabama with "New York values." The president, a New York native, wrote Tuesday night on Twitter that Tuberville would be a "GREAT senator."

Tuberville, during an interview Wednesday on "Fox & Friends," returned that praise by stressing his loyalty to a president who remains popular among the white conservative majority in Alabama. Trump, he said, is "the best president we've had in my lifetime." The former coach called the president "a quarterback" who has "people hanging all over him but he's still completing passes."

Sessions seemed eager to move on from his loss. He pledged to help Tuberville defeat Jones in November and spoke about party unity. But Sessions took special care when discussing the matter that dominated and ultimately doomed his comeback attempt.

"Let me say this about the president and our relationship. I leave with no regrets," the 73-year-old Sessions said. "I was honoured to serve the people of Alabama in the Senate, and I was extraordinarily proud of the accomplishments we had as attorney general."

That includes, he emphasized, stepping away from the Russia investigation.

"I followed the law, I did the right thing, and I saved the president's bacon in the process," Sessions said, repeating his argument that his withdrawal from the inquiry helped lead to Trump's "exoneration."

"I took the road less travelled, didn't try to excuse myself or get in a fight or undermine the leader of our country and the great work he has to do," Sessions said, calling that "an honourable path."

He also alluded to what drew him to Trump in the first place -- similar views on immigration, trade and the chumminess of Washington.

Sessions was the first sitting senator to endorse Trump in the 2016 primary campaign. Sessions, once Alabama's attorney general and a U.S. attorney under President Ronald Reagan, had been elected to the Senate in 1996.

In Washington, he focused on judicial confirmations, partly because of his own rejected nomination to the federal court during the Reagan administration. He pushed for a harder line on immigration, sometimes criticized U.S. foreign policy and railed against the bipartisan push for more relaxed international trade. He tied those positions together as part of a conservative agenda aimed at working-class Americans he said are ignored by establishment powers.

For years, that made him a relative outlier among Capitol Hill Republicans. He was overshadowed back home by Alabama's senior senator, Richard Shelby, who's been in the Senate since 1987. Yet in Trump, Sessions finally found his vessel. And despite all the brow beating, Sessions said Trump and those issues remain the right path for the GOP and the country.

"I think it's time for this Republican Party to listen to the Donald Trump agenda because he has talked about those things frankly and openly," Sessions said Tuesday night, adding that the president can win a second term -- as long as he "stays on message."

Wow, just called! @TTuberville - Tommy Tuberville WON big against Jeff Sessions. Will be a GREAT Senator for the incredible people of Alabama. @DougJones is a terrible Senator who is just a Super Liberal puppet for Schumer & Pelosi. Represents Alabama poorly. On to November 3rd.

This story has been corrected to reflect that Sessions' grandchildren, not just grandsons, joined him on stage Tuesday night.