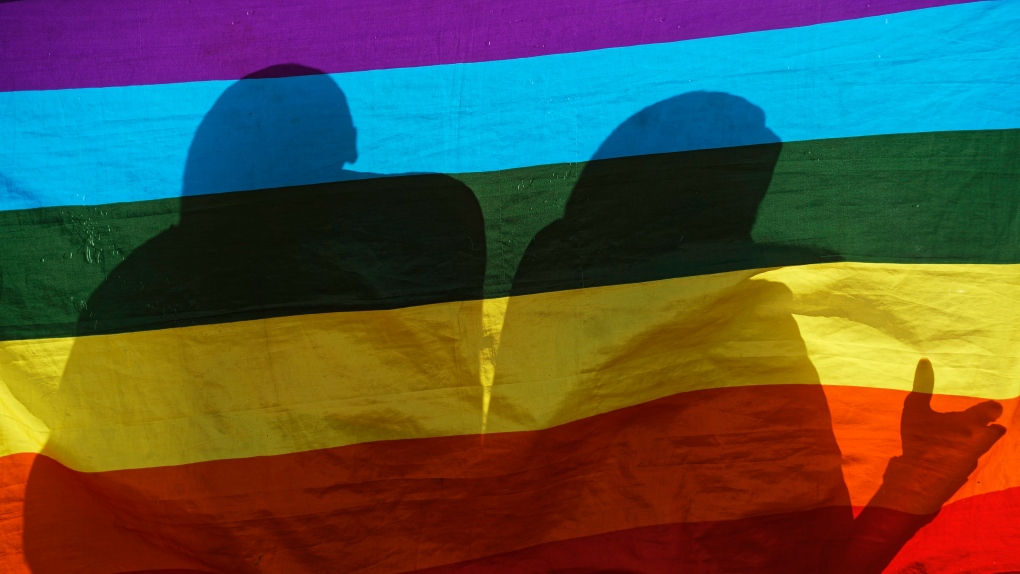 In this photo taken Friday, May 17, 2019, LGBT refugees living in Kenya stand behind a rainbow flag. (AP Photo/Ben Curtis)

A South Carolina man who helped start a Christian conversion therapy practice now says he regrets ever being involved with the group.

"I was a religious zealot that believed I knew the truth and thought everyone else was lying. I was so delusional!" McKrae Game wrote on Facebook June 25.

Since his coming out in June, Game has become an outspoken advocate for love and against conversion therapy, a broad label applied to any sort of treatment aimed at changing a person's sexual orientation or gender identity. It can range from therapy sessions to electroshocks, and has been banned in a number of jurisdictions.

Game detailed his journey in a 75-minute video that he posted to Facebook on Tuesday.

He said he considered himself gay until he was "saved" at a conference at the age of 22. From there, he moved heavily into evangelical Christian circles. He started the Truth Ministry – a conversion therapy or ex-gay group in today's terms – in 1999.

Through the Truth Ministry, Game shared ongoing issues around his feelings of same-sex attraction and desire to watch pornography. By talking about what he saw at the time as problems, he said, he hoped to inspire others.

Game remained with the organization as it grew to become one of the largest of its kind in the U.S., according to The Post and Courier newspaper in Charleston, S.C. He also stayed with it through the rise of social media, during which he said he prided himself on the "public persona" he developed for himself as a conversion therapy advocate.

That didn't start to change until 2017. It was then, he said, that he was asked to resign from the Truth Ministry in part because he continued to watch pornography.

"I was devastated … and humiliated, to say the least," he said.

That shame only began to lift, Game said, when his wife convinced him to see his firing as a good thing. He said he had suffered three nervous breakdowns while working with the group, and now realizes he was completely unqualified to be dealing with people who often had significant mental health issues.

"I wish I would have never started any of it," he said.

"I believed at that time that I could help them live a successful life not being gay. I would certainly say today that I was wrong."

Game is now working in landscaping, as he was before he helped start Truth Ministries. He still considers himself a Christian, but no longer believes it is the church's role to condemn homosexuality.

"I was indoctrinated into the evangelical language of 'homosexuality is an abomination,'" he said.

"(Now) I believe God loves us all equally."