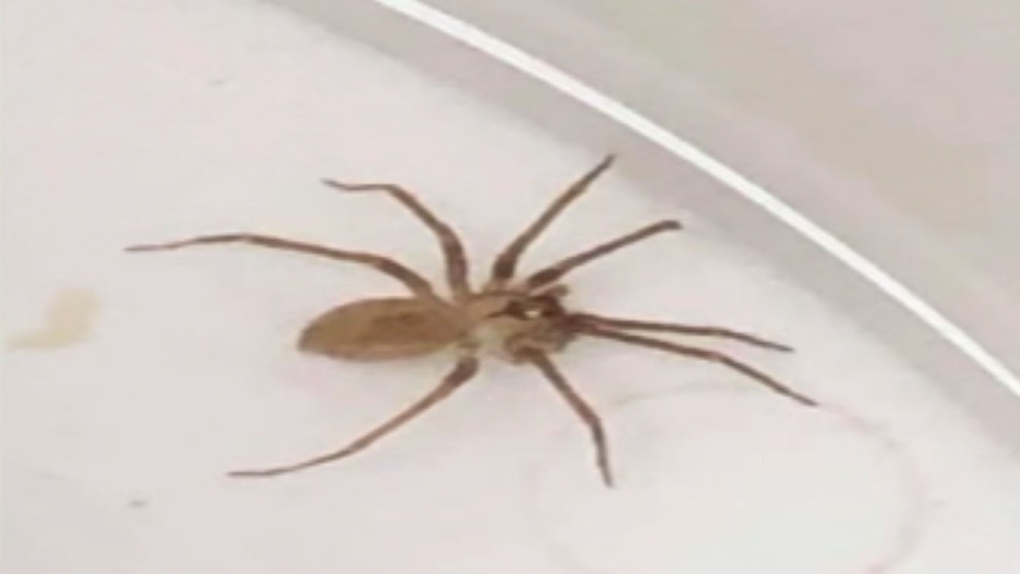 This brown recluse spider was pulled from Susie Torres' ear.

A Kansas woman says she’ll be sleeping with ear plugs from now on after doctors pulled a venomous spider from inside her ear canal.

Susie Torres said she felt like there was water in one of her ears when she woke up last week.

“I woke up Tuesday morning hearing a bunch of swooshing and water in my left ear,” she told local television station KSHB-TV on Friday.

When the water sounds persisted, Torres said she visited a local clinic in Kansas City to have her ear examined.

“[The medical assistant] ran out and said ‘I’m going to go get a couple more people,’” Torres recalled. “She said ‘I think you have an insect in there.’”

Despite the news, Torres said she tried to remain calm.

“I didn’t panic because I didn’t know exactly what it was until she came back in and told me it was a spider,” she said. “They had a few tools and they worked their magic and got it out.”

Once the spider was out of Torres’ ear, they were able to determine that it wasn’t just any arachnid, but a venomous brown recluse spider.

Torres, understandably, was filled with questions.

“Just why, where, what, and how,” she said. “I never thought that they would crawl in your ear or any part of your body.”

Luckily, Torres wasn’t bitten by the spider residing in her ear and her doctors said told her she appeared to be OK.

According to the U.S. Centers for Disease Control, the brown recluse spider is most commonly found in the Midwestern and southern states. They’re identifiable by the “dark violin-shaped marking” on their heads and their six equal-sized eyes – most spiders have eight eyes.

The agency said this type of spider cannot bite humans unless there is some form of counter pressure, such as “unintentional contact that traps the spider against the skin.”

If a brown recluse spider does bite a human, the CDC said there could be a stinging sensation and localized pain and a small white blister at the site of contact. The arachnid’s venom can also cause a severe lesion by “destroying skin tissue (skin necrosis),” the health agency said. If a lesion develops, the CDC recommends treatment by a medical professional.

Now that the spider has been safely removed from Torres’ ear, she said she’s not taking any more chances.

“I went and put some cotton balls in my ears last night because I didn’t have any ear plugs,” she said. “I’m pretty terrified of the spiders.”