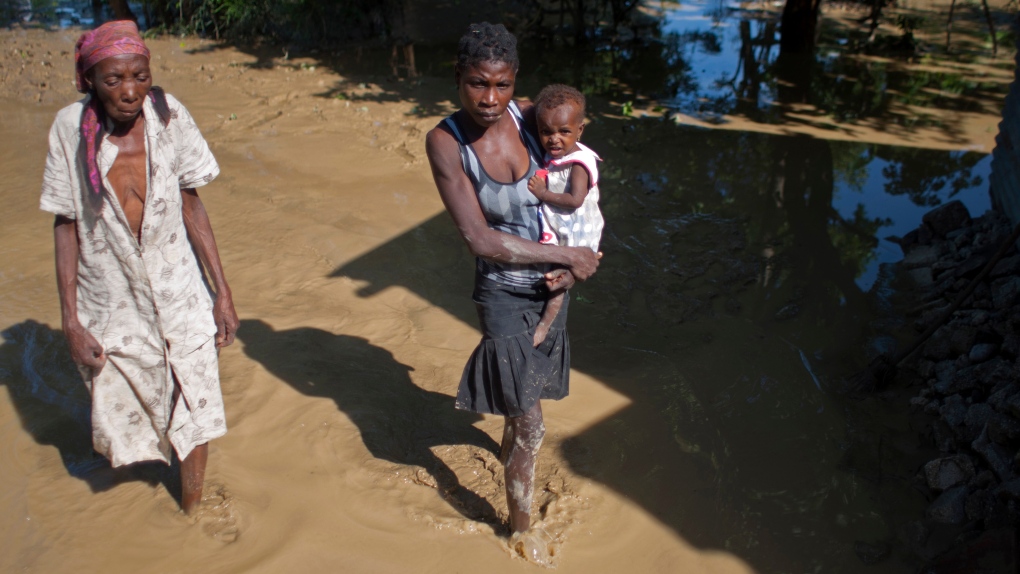 Officials raised the storm-related death toll across the Caribbean to 65, with 51 of those coming in Haiti, which was pelted by three days of constant rains that ended only on Friday.

As the rains stopped and rivers began to recede, authorities were getting a fuller idea of how much damage Sandy brought on Haiti. Bridges collapsed. Banana crops were ruined. Homes were underwater. Officials said the death toll might still rise.

"This is a disaster of major proportions," Prime Minister Laurent Lamothe told The Associated Press, adding with a touch of hyperbole, "The whole south is under water."

The country's ramshackle housing and denuded hillsides are especially vulnerable to flooding. The bulk of the deaths were in the southern part of the country and the area around Port-au-Prince, the capital, which holds most of the 370,000 Haitians who are still living in flimsy shelters as a result of the devastating 2010 earthquake.

Santos Alexis, mayor of the southern city of Leogane, said Sunday that the rivers were receding and that people were beginning to dry their belongings in the sun.

"Things are back to being a little quiet," Alexis said by telephone. "We have seen the end."

Sandy also killed 11 in Cuba, where officials said it destroyed or damaged tens of thousands of houses. Deaths were also reported in Jamaica, the Bahamas and Puerto Rico. Authorities in the Dominican Republic said the storm destroyed several bridges and isolated at least 130 communities while damaging an estimated 3,500 homes.