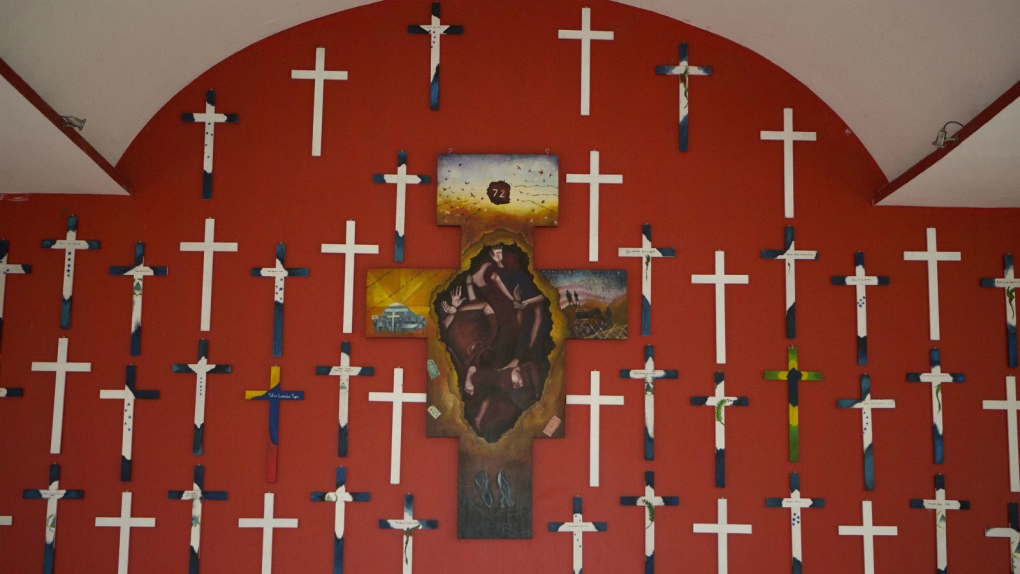 Doctors Without Borders, or MSF for its initials in French, called the situation a "humanitarian crisis" that demands the U.S. and Mexican governments do more to process applications for asylum and humanitarian visas.

It said the study was based on surveys and medical data from the last two years and documents "a pattern of violent displacement, persecution, sexual violence and forced repatriation akin to the conditions found in the deadliest armed conflicts in the world today."

El Salvador, Honduras and Guatemala have some of the highest homicide rates in the world. Violent gangs reign over many parts of the countries and are often able to kill, extort and carry out other crimes with impunity.

"For millions of people from the (Northern Triangle) region, trauma, fear and horrific violence are dominant facets of daily life. Yet it is a reality that does not end with their forced flight to Mexico," MSF said.

"Along the migration route ... migrants and refugees are preyed upon by criminal organizations, sometimes with the tacit approval or complicity of national authorities, and subjected to violence and other abuses - abduction, theft, extortion, torture, and rape - that can leave them injured and traumatized," it continued.

A Honduran migrant said Thursday at a news conference in the Mexican capital that he had crossed into Mexico twice and was deported the first time.

"The first time I left (Honduras) because of the gangs. I was 12, about to turn 13, and I was deported from Coatzacoalcos, where I was in jail for two months, and afterward I was deported to San Pedro Sula," said the man, whose full name was withheld for his safety. "They take you back to same place you left from because of problems with the gangs."

The man has since been granted asylum by Mexico, the medical group said.

It urged the countries to "expand access to medical, mental health and sexual violence care services for migrants and refugees."

Marc Bosch, the group's head of Latin American operations said, "The attempts of stopping migration through the reinforcement of borders, and the increase of detentions and deportations, as we have seen in Mexico and the United States have not ended human trafficking."