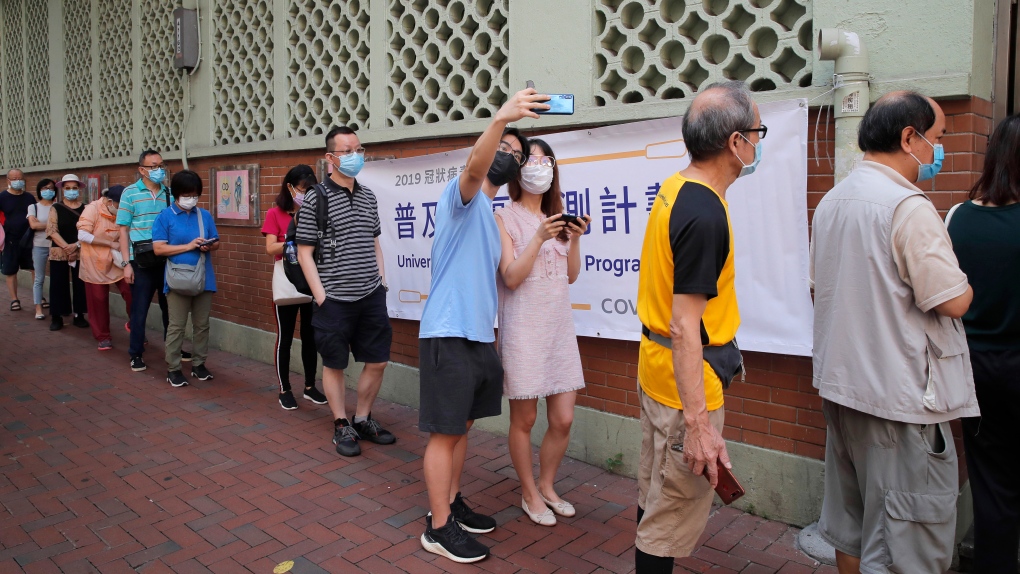 Hong Kong authorities on Tuesday reported the death of a chronically ill man, two days after he received a COVID-19 vaccine and said that it is too early to conclude whether the vaccine was related to his death.

The man's death happened less than a week after Hong Kong began its vaccination program for priority and at-risk groups in the city.

The 63-year-old man was inoculated with the COVID-19 vaccine on Feb. 26 at a government-designated vaccination site and developed shortness of breath two days later on Feb. 28. The man then admitted himself to a hospital, but died the same day, according to a statement from health authorities late Tuesday night.

While the statement did not specify which vaccine the man was inoculated with, the vaccination program in Hong Kong currently only uses shots from Chinese biopharmaceutical company Sinovac.

Hong Kong health authorities said that the man's death is under investigation.

"At the moment, the causal relationship with the vaccination could not be ascertained," the statement said.

The patient was suffering from chronic and respiratory diseases, according to a statement by the Queen Elizabeth Hospital in Hong Kong, where he was admitted after receiving the vaccination.

An expert panel will look into the matter and its findings will be released "in a timely manner," authorities said.