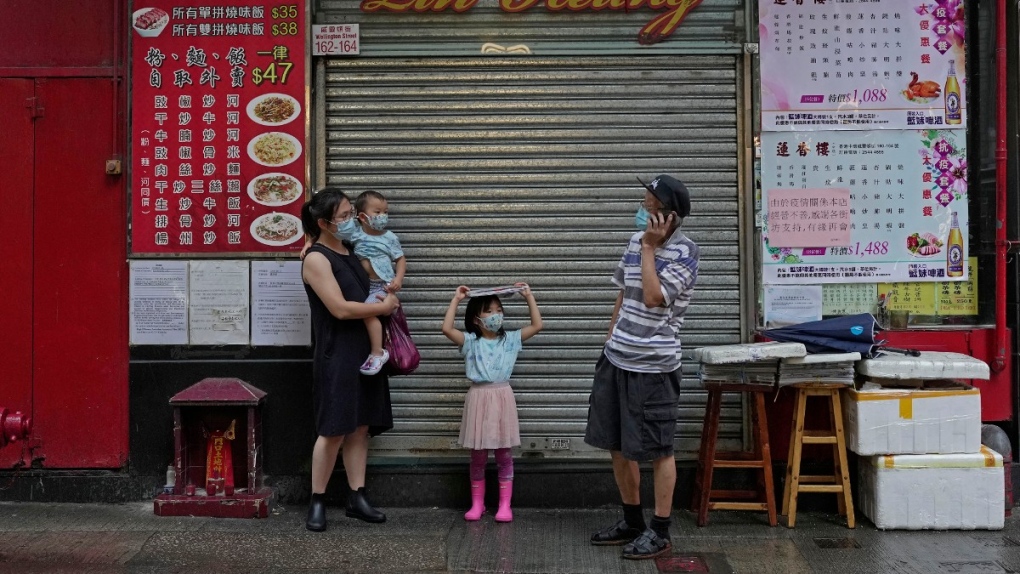 Hong Kong's government says its population has shrunk for a second year as antivirus controls hampered the inflow of new workers and births declined, but it made no mention of an exodus of residents following a crackdown on a pro-democracy movement.

The announcement gave no indication how many thousands of people might have left due to the crackdown and a national security law that chilled free speech and left lawyers and business consultants uneasy about what they were allowed to say to clients.

"It is believed the pandemic and related quarantine requirements would have impacted talent inflow," the statement said. "The problem could be resolved when the quarantine and social distancing measures relaxed."

Many of those leaving are young couples and recent university graduates who are a "very critical part" of the workforce, Paul Yip, a population expert at the University of Hong Kong, told government broadcaster RTHK.

"The magnitude of the outflow has been increasing in the past two years," Yip said. That "might have an impact on the economic development in Hong Kong."

Hong Kong's birth rate already was among the lowest in Asia and declined steadily over the past five years, the government said. It said that might have been aggravated since early 2020 by the coronavirus pandemic.

It said the death rate also has risen gradually due to the aging of the population.

A series of unusual leaks on two natural gas pipelines running from Russia under the Baltic Sea to Germany triggered concerns about sabotage Tuesday, overshadowing the inauguration of a long-awaited pipeline that will bring Norwegian gas to Poland to bolster Europe's energy independence from Moscow.

The number of asylum seekers entering Canada between formal border crossings has surged to the highest point since the government started tracking them in 2017, as dropped pandemic restrictions enable more travel and conflict and catastrophe displace people in many parts of the world.

Police have arrested another man in connection to an alleged violent attack on Elnaz Hajtamiri in a Richmond Hill, Ont. parking garage just weeks before she disappeared in January.