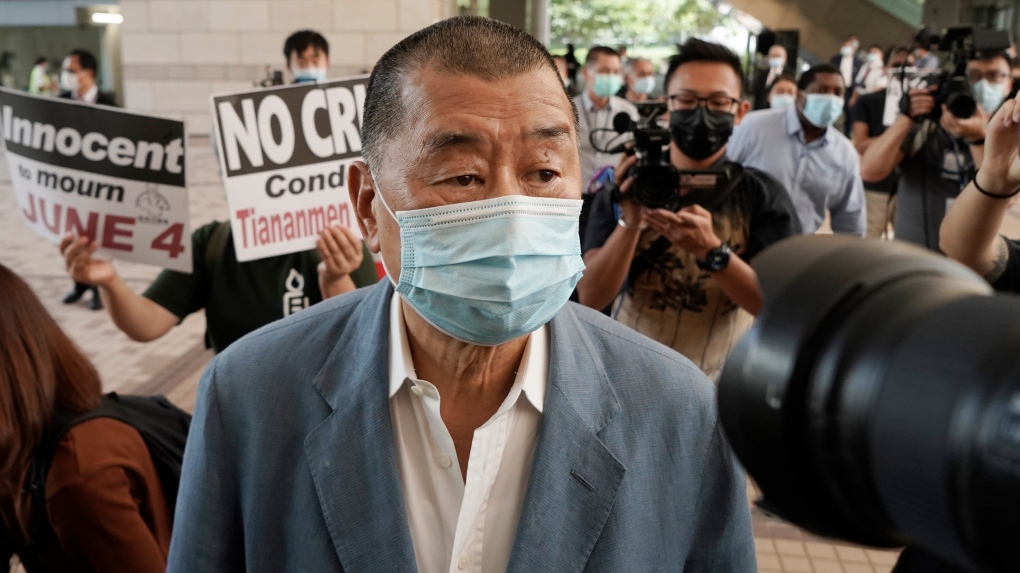 HONG KONG -- Outspoken Hong Kong pro-democracy advocate and media tycoon Jimmy Lai was refused bail on Thursday on a fraud charge amid a growing crackdown on dissent in the semi-autonomous city.

Jimmy Lai of Next Digital, which publishes the Apple Daily newspaper, was among 10 people arrested Aug. 10 on what police said was suspicion of violating a national security law and collusion with a foreign country.

Lai, 73, was later released on bail but police raided his company's offices in October and took away documents.

On Wednesday, Lai and two Next Digital executives were charged with fraud over accusations that they violated lease terms for Next Digital office space.

Lai appeared in court Thursday and was denied bail. His case has been adjourned till April 16.

Hong Kong police said in a statement Wednesday that it had arrested three men on charges of fraud, without naming them. It also said that one of them had been suspected of violating the national security law, and that it was still under investigation.

Beijing imposed the national security law in response to protests in Hong Kong that began in June 2019 over a proposed extradition law and expanded to include demands for greater democracy in the former British colony.

The sweeping legislation prompted more public protests and led to complaints that Beijing is violating the autonomy promised to Hong Kong when it returned to China and damaging its status as a business centre.

Apple Daily criticized the law on its front page on July 1, calling it the "final nail in the coffin" of the territory's autonomy.

The British government had slammed Lai's August arrest and said the security law was being used to crush dissent.

The law is "being implemented in a way that undermines freedom of speech," the British government said in a report this month on the status of the 1984 agreement for Hong Kong's return to China.

"It is imperative that this freedom is fully respected," the report said.

Lai was earlier arrested in February and April on charges of taking part in unauthorized protests. He also faces charges of joining an unauthorized vigil marking the anniversary of the June 4, 1989, crackdown on pro-democracy protests in Beijing's Tiananmen Square.