Historic Paris train station evacuated due to nearby fire 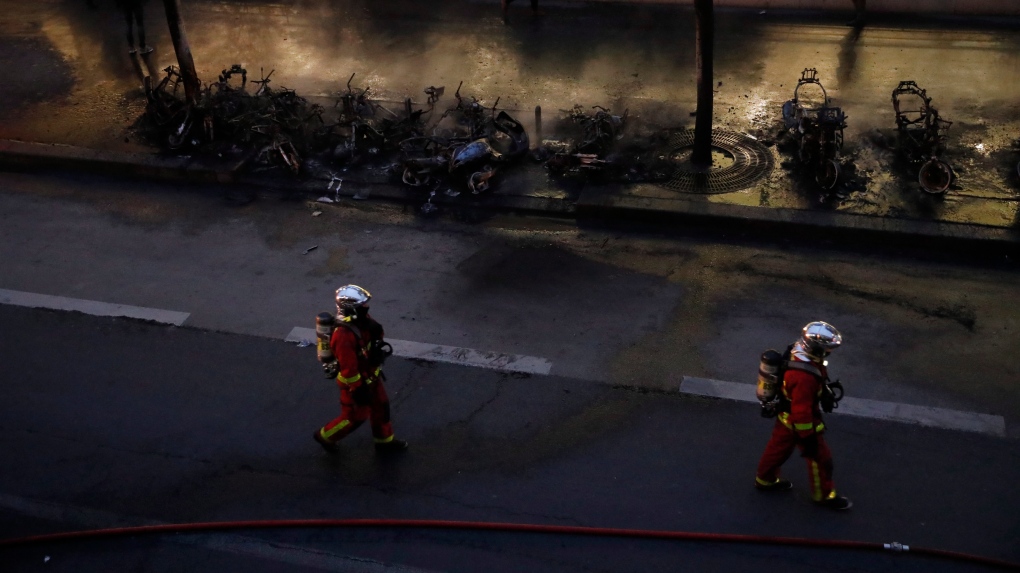 PARIS -- Police evacuated a historic Paris train station Friday after a fire engulfed multiple vehicles and sent a large cloud of black smoke over the neighbourhood.

Police said the fire was under control by nightfall but flames could still be seen rising from the street near Gare de Lyon train station, near the banks of the Seine River. At one point, the station's landmark clock tower was engulfed in smoke.

Someone set fire to a scooter during an unauthorized concert near the train station, and the flames quickly spread to other vehicles nearby, a police official said. The official was not authorized to be named publicly.

Authorities urged people to avoid the area in eastern Paris while emergency workers fight the fire. Paris police say they have no reports of injuries yet but the situation is still evolving.

Local news reports say the fire started amid tensions around a concert by a Congolese rapper.