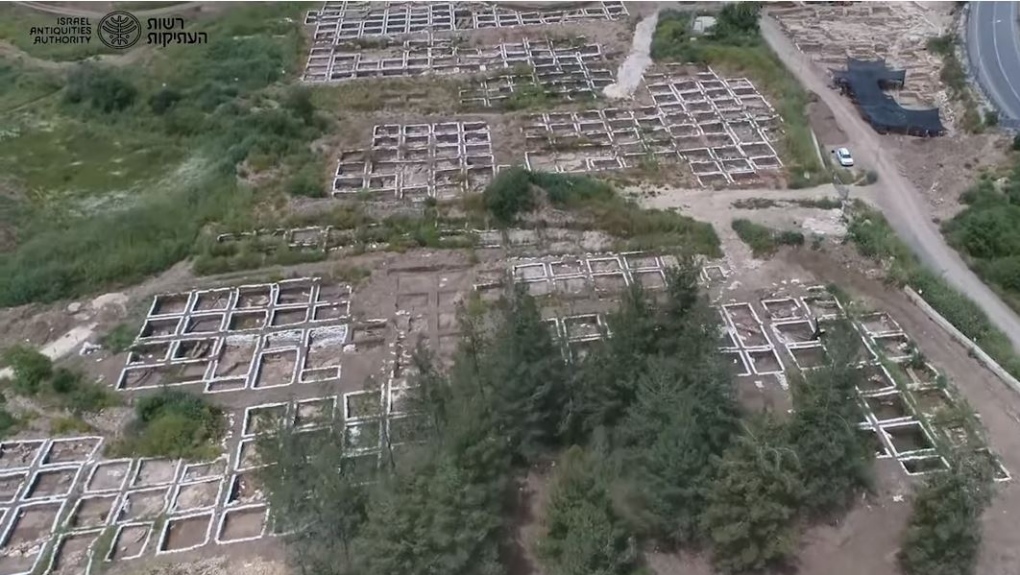 Highway construction work in Israel has uncovered a 9,000-year-old city, one of the largest of its kind ever found in the region.

Thousands of arrowheads, pieces of jewelry and figurines produced by the estimated 3,000 people who lived in the settlement have also been unearthed at the site about five kilometres west of Jerusalem.

The excavations exposed large buildings, public halls, places of ritual and alleyways, according to the Israel Antiquities Authority.

It is the largest discovery from the Neolithic Period or New Stone Age ever found in Israel.

“The Motza excavation site is on the banks of the Sorek Stream, near water fountains and close to a fertile valley and to the ancient way that led from the Shefela (foothills) region to Jerusalem,” excavation directors Dr. Hamoudi Khalaily and Dr. Jacob Vardi wrote in an IAA press release.

“These optimal conditions are a central reason for long-term settlement on this site, from the Epipaleolithic Period, around 20,000 years ago, to the present day.”

The directors estimated between two and three thousand people lived there thousands of years before the construction of the pyramids in Egypt.

Burial sites were also exposed among the dwellings, including burial offerings believed to serve the dead in the next world.

“These gifts testify to the fact that already during this ancient period, the residents of this site conducted exchange relationships with faraway places,” the researchers wrote.

“Amongst others, unique stone-made objects were found in the tombs, made of an unknown type of stone, as well as items made of obsidian (volcanic glass) from Anatolia, and sea-shells, some of which were brought from the Mediterranean Sea and some from the Red Sea. During the excavations, artistic hand-made stone bracelets in several styles were found.”

The dig also found carefully crafted alabaster beads, medallions and bracelets made of mother of pearl.

Many flint tools made on the site were also unearthed, including arrowheads that were used for hunting and possibly fighting, axes, sickle blades and knives.

“The fact that the seeds were preserved is astonishing in the light of the site's age,” researchers wrote. “This finding is evidence of an intensive practice of agriculture.”

Researchers concluded that the Neolithic or Agricultural Revolution reached its summit at that point in time, moving away from hunting towards farming.

“Animal bones found on the site show that the settlement's residents became increasingly specialized in sheep-keeping, while the use of hunting for survival gradually decreased,” the researchers wrote.

“We have found a complex site, where varied economic means of subsistence existed and all this only several dozens of centimetres below the surface.”

All findings were recorded using 3D technology so that researchers can continue to study the site at the end of the excavation.

“What we see in the Neolithic period is that more and more populations turn to live in permanent settlements,” according to Dr. Vardi.

“They migrate less and they deal more and more in agriculture.”