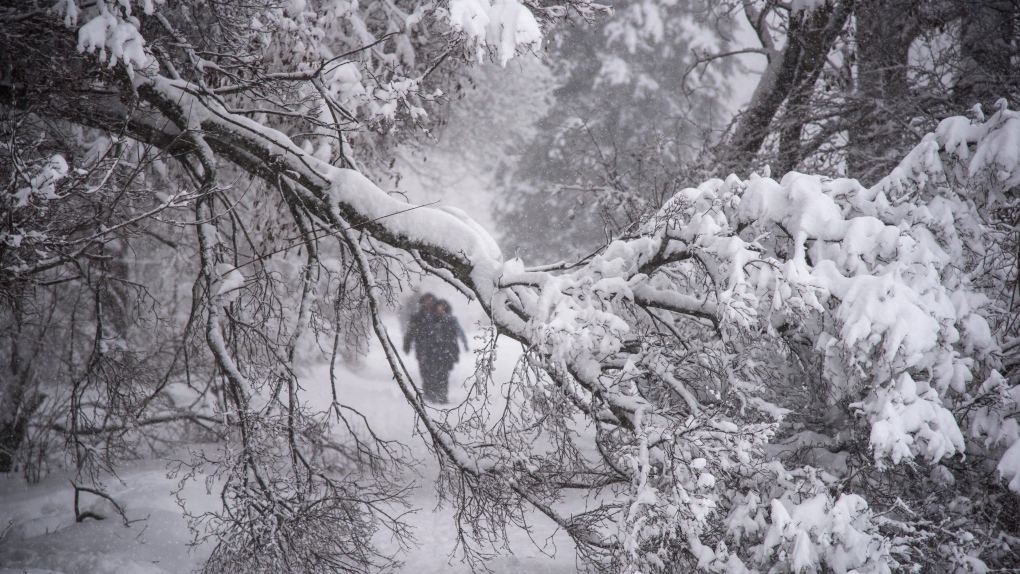 People walk next to a fallen branch due to heavy snowfall on a tree in the Botanical Garden in Moscow, Russia, Sunday, Feb. 4, 2018. (AP / Maxim Marmur)

MOSCOW -- Heavy snow and freezing rain have knocked down thousands of trees in the Russian capital and one person is reported to have been killed.

The Sputnik news agency said Sunday that the snowfall which began Saturday downed power lines in the Moscow region, interrupting electricity for more than 5,000 people.

Moscow Mayor Sergei Sobyanin said on Twitter that one person died in the city Saturday when falling trees took down power lines. He said five other people had been injured in the heavy snow, but did not elaborate.

The mayor said more than 2,000 trees have fallen so far in Moscow due to the snow and rain.