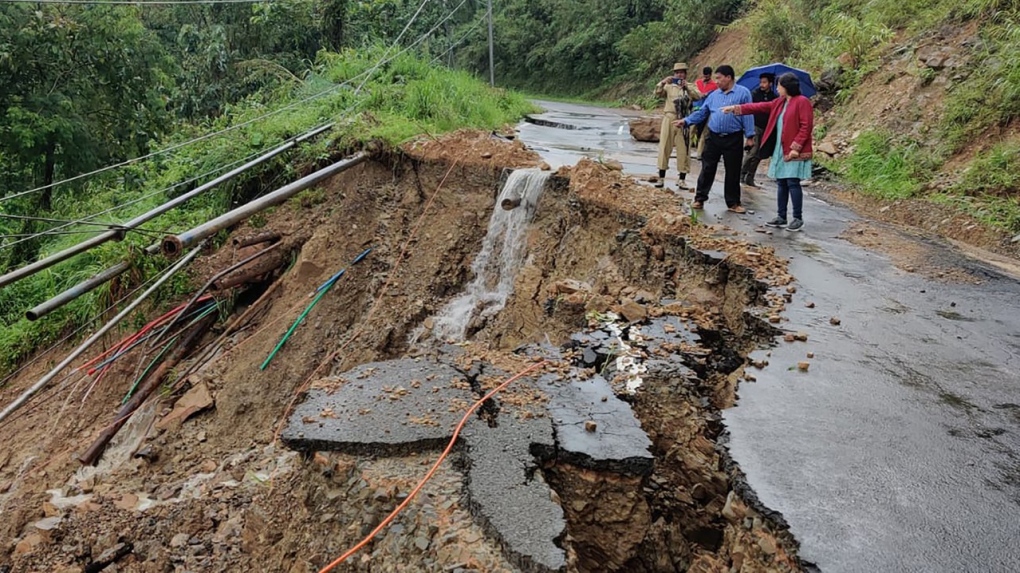 Several railway stations were not working because of floods, said Nazreen Ahmed, a senior administrative official in Assam’s Dima Hasao district. He said that nearly 200,000 people in the district were cut from the rest of the state, as roads and bridges leading to it were either blocked by landslides or washed away.

The army deployed helicopters to help with rescue efforts.

Officials said four people were killed on Monday following heavy rains and mudslides in the region’s frontier state of Arunachal Pradesh. Two others died when their houses on a small hillock caved in in the state's capital Itanagar, and two road construction workers were killed due to mudslides at another location.

Four other people were reported killed in the neighbouring Assam state.

The Indian Meteorological Department forecast very heavy to extremely heavy rain in the region for the next four days.

Landslides and floods are common in India’s Himalayan north. Scientists say they are becoming more frequent as global warming contributes to the melting of glaciers there.

In 2020, flash floods killed nearly 200 people and washed away houses in Uttarakhand state. In 2013, thousands of people were killed in floods there.