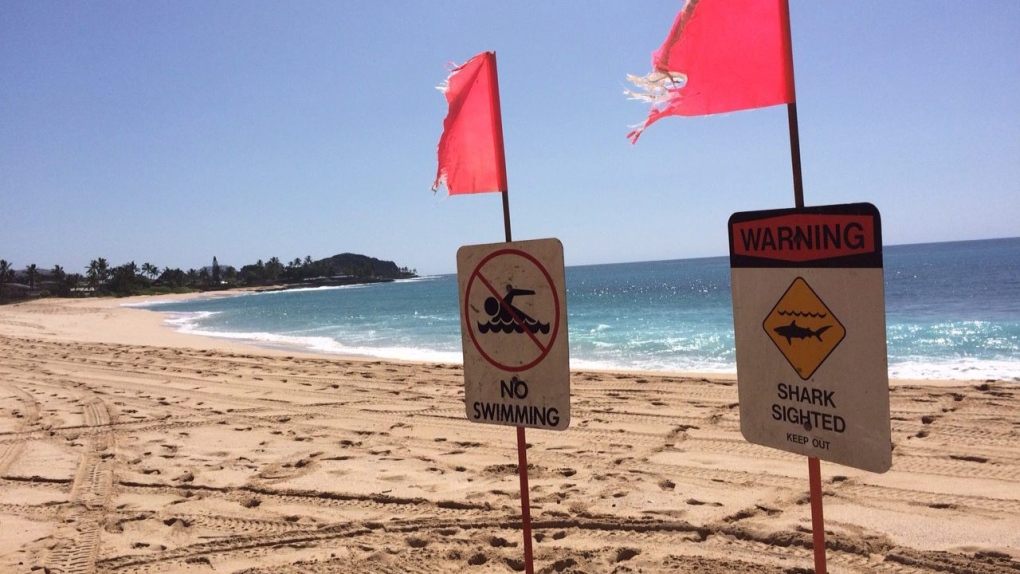 The woman's husband and others reported spotting a large shark about 50 yards (45 metres) from shore at at Keawakapu Point in south Maui on Thursday, according to the state Department of Land and Natural Resources.

The couple had been snorkeling when he saw a shark swim by but could not see his wife. The shark swam by several times before the man returned to shore and reporting his wife missing, the department said.

Rescuers searched from the water and from the sky until nightfall Thursday and resumed the search at daybreak.

After what was believed to be a tiger shark was spotted, officials put up shark warning signs. The signs were removed after a survey of the area didn't show that the 10-to-12-foot-long (three-to-five-metre-long) shark was still in the area.

The department said it doesn't release the names of people involved in shark encounters.

Friends and volunteers gathered Sunday at Kyiv's St Sophia's Cathedral to say goodbye to Andrew Bagshaw, who was killed in Ukraine while trying to evacuate people from a front-line town. This comes as Russian forces heavily shelled the city of Kherson, killing three people and wounding six others, the regional administration said.