Hard-luck Maryland town gets a US$731.1 million Powerball win 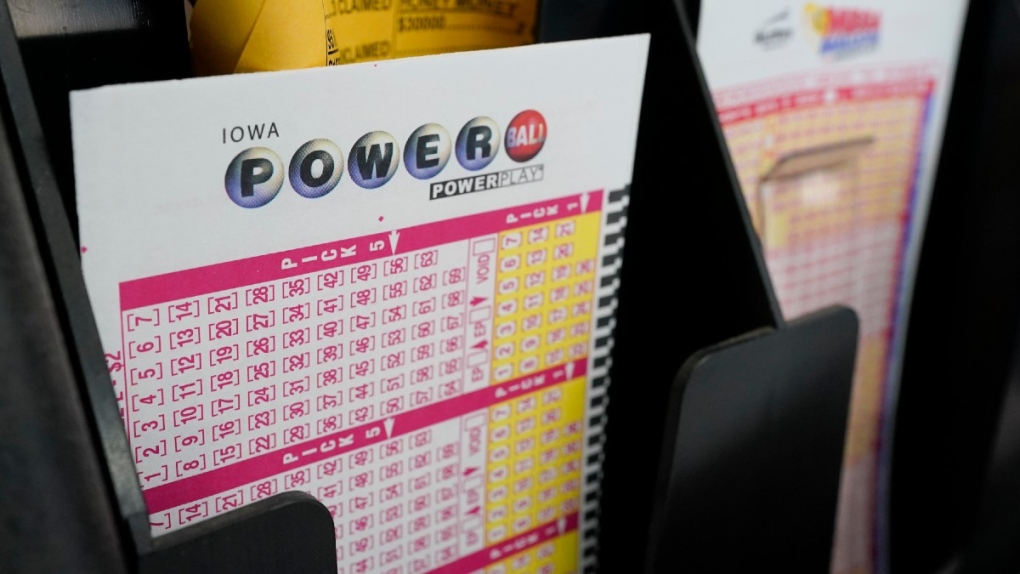 Blank forms for the Powerball lottery sit in a bin at a local grocery store in Des Moines, Iowa. (Charlie Neibergall / AP)

LONACONING, MD. -- The latest jackpot-winning Powerball ticket, worth US$731.1 million, was sold in a struggling coal mining town whose biggest previous claim to fame was being the hometown of baseball Hall of Famer Lefty Grove.

Someone bought it at Coney Market, a convenience store in the Allegany County town of Lonaconing, the Maryland Lottery announced on Thursday. The store will get a $100,000 bonus for selling the ticket to the fifth-largest lottery prize in U.S. history.

It had been more than four months since anyone won the Powerball, allowing the game's jackpot to grow so large. An even larger Mega Millions jackpot will be up for grabs Friday night.

Just who will collect the Powerball prize may never be known: Maryland is one of the states that allow winners to remain anonymous.

But keeping quiet about such a huge windfall could prove difficult if the ticket was bought by a local. Lonaconing (pronounced LOH-nah-koh-ning) is a town of about 300 families that's well off the beaten track, with a poverty rate of more than 22 per cent, well above the national average.

"We're really happy for somebody," Richard Ravenscroft, the store's owner, told The Associated Press by phone. "I can't wait to congratulate the person. I just hope whoever has won it uses it wisely and that other people benefit from it."

The lottery ticket is a big win for a town that has a long history of losses, from the iron furnace that closed in 1855 to the glassworks that were shuttered in the early 1900s, to the coal-mining jobs that virtually disappeared after the Second World War. Periodic floods along Georges Creek have been devastating, and local streams carry acid from abandoned mines.

Ravenscroft said there is still some strip mining in the area, although that's winding down because of environmental concerns, and the remaining factory, a pulp and paper company, shut down recently after going through a series of buyouts. Another company is coming in that plans to hire about 200 people to make something out of wood chips, he said.

Another positive headline came in 2001, when the town finally got a library after a local fundraising drive. It holds a most valuable player trophy awarded the town's previous biggest winner, Robert Moses Grove, who pitched nine seasons with the Philadelphia Athletics and eight with the Red Sox. Lefty Grove was elected to the Baseball Hall of Fame in 1947, and died in 1975.

Coney Market, named for what locals call their town, is in a century-old building along Maryland's Route 36, which was designated a Coal Heritage Route in an attempt to attract tourists. It draws its share of regulars, who can eat hamburgers and submarine sandwiches in a small seating area.

Ravenscroft wants to expand the store's kitchen and serve real meals, like mashed potatoes and gravy. Perhaps the bonus can help with that.

The Powerball jackpot came only a day after nobody won the $970 million Mega Millions prize, the third-largest prize in U.S. history.

It was the first time both lottery jackpots topped $700 million. The biggest prize was a $1.58 billion Powerball jackpot won by three people in 2016.

No one had won either of the jackpots since mid-September, allowing the prizes to grow steadily for months. Such a long stretch without a winner is rare but also reflects the incredibly small odds of winning -- 1 in 292.2 million for Powerball and 1 in 302.5 million for Mega Millions.

Maryland lottery director Gordon Medenica told the AP he's not surprised when people overcome the odds and hit a giant jackpot, because thousands of people win smaller prizes after every drawing. The chances of winning something are about one in 25.

"The fact is, people win all the time. Clearly the focus is on the big jackpot and that's what motivates people to play the game, but they come back and keep playing because there are so many other ways to win," Medenica said.

The prizes listed are for winners who choose an annuity option, paid over 30 years. Most winners opt for cash prizes, which for Mega Millions would be $716.3 million and $546.8 million for Wednesday's Powerball. After the Powerball win, the new jackpot has a $15 million cash value.

Prizes are subject to federal taxes, and most states take a cut as well.

Mega Millions and Powerball are played in 45 states as well as Washington, D.C., and the U.S. Virgin Islands. Powerball also is offered in Puerto Rico.

Here's a look at the 10 largest U.S. jackpots that have been won and the states where the winning tickets were sold: