Halloween goes on at the White House with a few twists 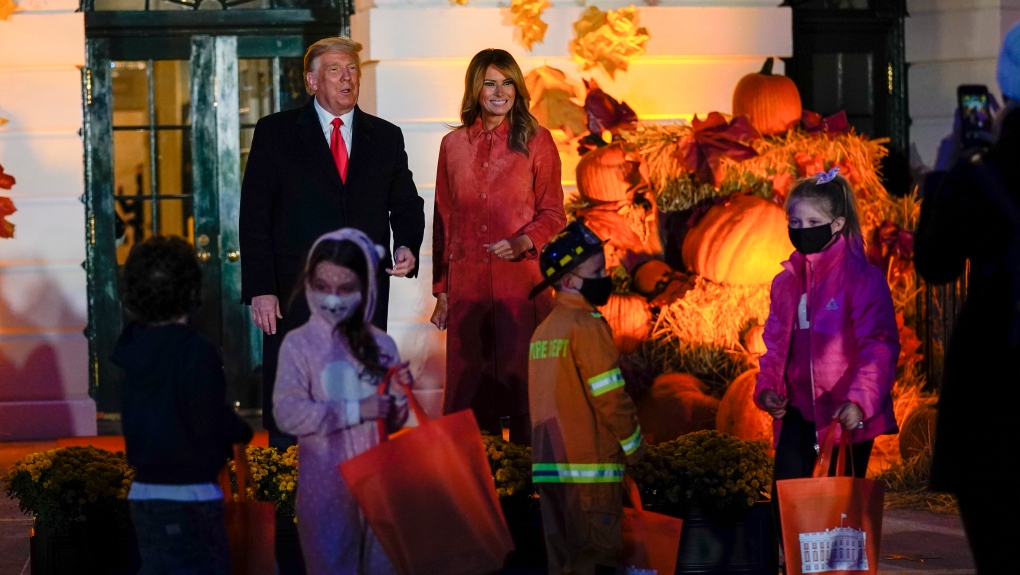 WASHINGTON -- With a bit of rejiggering, U.S. President Donald Trump and first lady Melania Trump played host Sunday to hundreds of superheroes, unicorns, skeletons and even a miniature version of themselves as part of a Halloween celebration at the White House.

In years past, the president and first lady personally handed out candy to the costume-clad kids. This year, the treats were provided separately as participants walked along a path on the South Lawn.

The kids still briefly met the president and first lady, who waved and offered words of encouragement from a safe distance about how much they liked the costumes. Trump and the first lady have both recently recovered from COVID-19.

Trump was particularly pleased with a young boy with a distinctly Trump head of hair and a partner who did her best Mrs. Trump impersonation. The president motioned for them to turn and pose for the cameras, and they happily agreed.

Another tot, a true princess it appeared, was so smitten with the cameras that she kept waving at them as she walked along, never noticing the VIPs behind her.

The spooky celebration was changed up a bit as a result of the coronavirus pandemic. Guests older than 2 were required to wear face coverings and practice social distancing. The same went for all White House personnel working the event, while any staff giving out candy also wore gloves.

The South Portico of the White House was decorated with bright-colored leaves in various shades of autumn, chrysanthemums and pumpkins, while a military band set the mood by playing songs such as Michael Jackson's "Thriller."