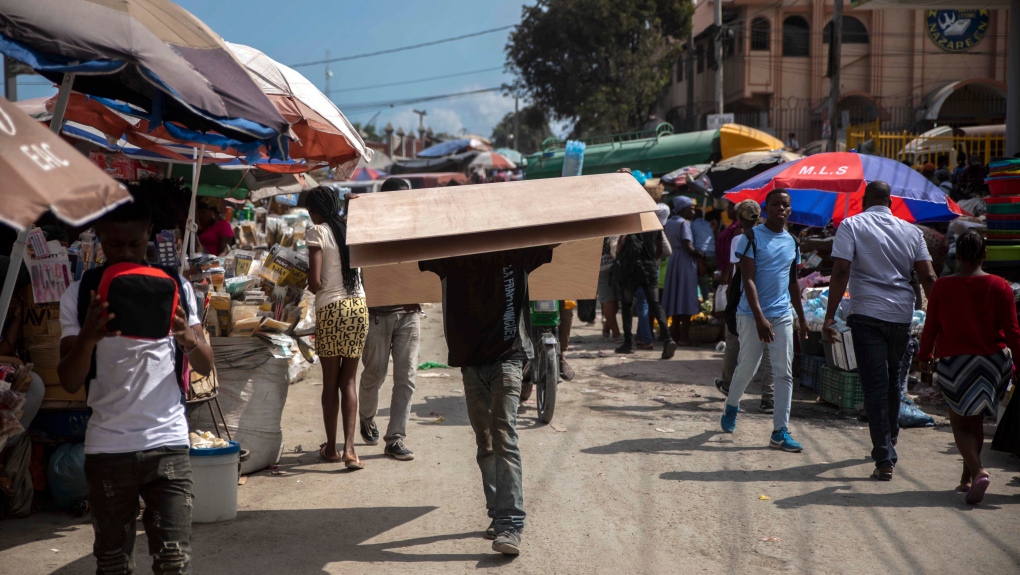 Haiti was struck by a 5.3 magnitude earthquake and a series of smaller tremors on Monday that killed two people and led panicked residents of the Caribbean nation's southern peninsula to flood into the streets.

The U.S. Geological Survey reported that the first quake hit an area near the city of Les Cayes and was followed by tremors of 4.4 and 5.1 in the same area, just six months after a major tremor in the same region killed more than 2,000 people.

One person died in Fond des Nègres and a second in Anse-à-Veau, where 35 homes were destroyed, Haiti's civil protection authority said in a tweet, adding that a road and a bridge had also been destroyed.

Jean Robert Léger, a resident of the town of Pestel on the southern peninsula, said the impact appeared to be minimal.

"In Pestel, there is not so much damage," he said by phone. "We see that the houses next to the sea that were already damaged have collapsed some more."

Children ran out of school buildings in Les Cayes and "people were terrified," even though there was no damage, according to one resident.

In August, a 7.2 magnitude earthquake destroyed tens of thousands of homes, left families sleeping outside in torrential rains and forced Prime Minister Ariel Henry to suspend elections that had been scheduled for November.

Haiti's struggling economy and gang-driven security problems have fueled a wave of migration, with many traveling in rickety boats in hopes of reaching the United States.

The U.S. Coast Guard on Saturday reported that it had intercepted 88 Haitians aboard an overloaded sail freighter in an operation that also involved the Royal Bahamas Defence Force.

The Coast Guard said it has rescued 559 Haitian since Oct 1, compared with 1,527 in the 12 months leading up to October.

(Reporting by Gessika Thomas in Port-au-Prince and Brian Ellsworth in Miami; Editing by Nick Macfie and Mark Porter)

Canada's Chief Public Health Officer Dr. Theresa Tam and other federal officials are providing an update on the COVID-19 pandemic in a virtual press conference.

The results of the recent coroner's inquest into the police killing of an Indigenous woman in New Brunswick demonstrate the urgent need for an Indigenous-led inquiry into systemic racism, according to the six chiefs of the Wolastoqey Nation.

A 12-year-old Ottawa boy is sharing his story after a magnet fishing trip turned up an unexpected find.

The cooling housing market has left some buyers with mortgages that can't cover the full cost of their home following an appraisal. Toronto-based mortgage broker Mary Sialtsis discusses what options these buyers have.

Why Canada is banning Huawei from participating in Canada's 5G network

The federal government is banning China's Huawei Technologies from involvement in Canada's 5G wireless network. Huawei and the Chinese government have vigorously denied accusations around the danger of spying, saying that the company poses no security threat.

'Buy now, pay later' plans are growing in popularity among Gen Z consumers, driven by influencers on TikTok and Instagram promoting these services. But one personal finance expert says these services can carry serious financial risks for young people.

Foreign Minister Melanie Joly is today announcing a fresh wave of sanctions against Vladimir Putin's regime including a ban on importing Russian vodka, caviar and diamonds. The ban on the import of certain luxury goods from Russia covers alcoholic drinks, fish and seafood.