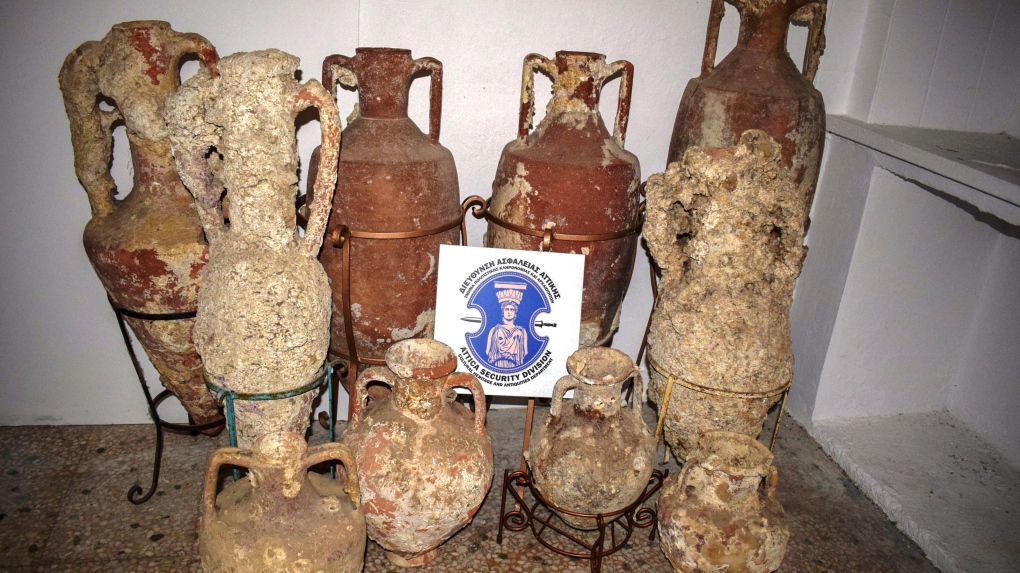 In a statement Monday, police said the antiquities dated from the 4th Century B.C. to the late Middle Ages. They were mostly amphoras -- pointy-bottomed two-handled jars used to transport wine, olive oil and other foodstuffs in ancient cargo ships.

The suspects were arrested in their homes on Sunday, police said, adding that a fishing boat the men allegedly used to locate and raise the pots has been confiscated.

Ancient shipwrecks, often complete with their cargos, are common in Greek seas and some can be visited by divers. But all antiquities are considered state property, and their removal is prohibited.