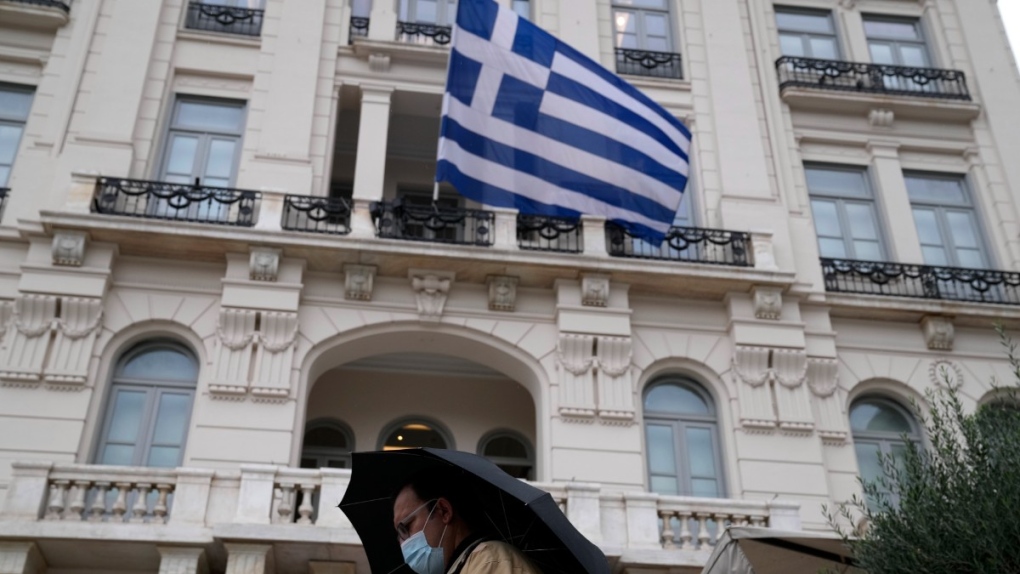 A man wearing a face mask to protect against coronavirus walks outside an electronic store as a Greek flag waves in Athens, Greece, Nov. 2, 2021. (AP Photo/Thanassis Stavrakis)
THESSALONIKI, Greece -

Authorities in northern Greece say a man has been killed in an automated dumpster after opening the bin and looking inside, apparently in search of food.

Police said the unidentified man, believed to be homeless and aged around 40, was trapped in the bin and crushed to death when the compactor mechanism was activated.

The incident occurred Monday in the northeastern Greek port city of Alexandroupolis, some 800 kilometres (500 miles) northeast of Athens.

Personnel from the fire service and paramedics set up a screen around the dumpster as they removed the man's body near the centre of the city.

Known locally as "robot dumpsters," the tall, cylinder-shaped bins have been installed in many smaller municipalities. The compactors help reduce the frequency of garbage pickups as well as the odour from the garbage during the hot summer months.