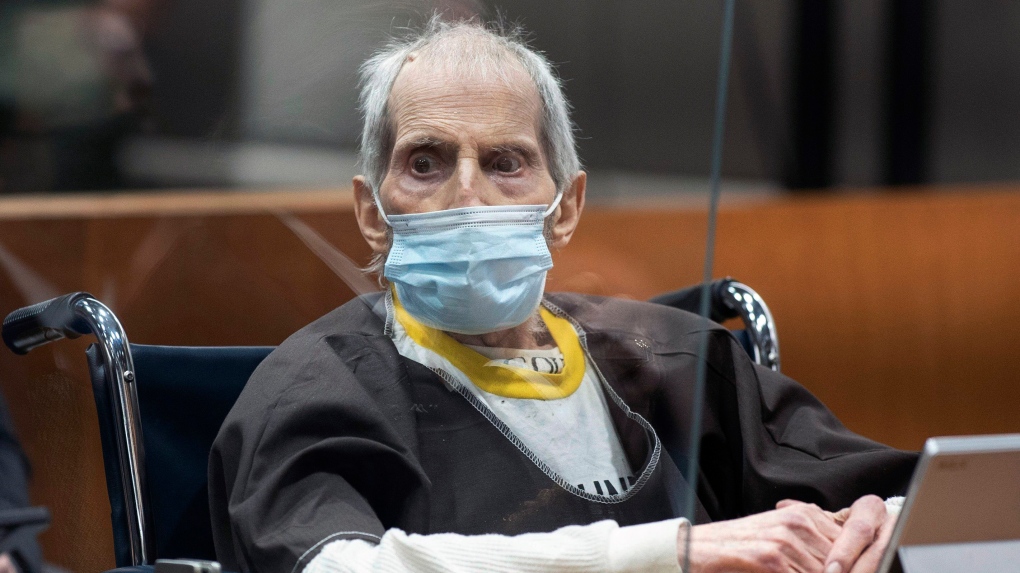 New York real estate scion Robert Durst, 78, sits in the courtroom as he is sentenced to life in prison without chance of parole, Thursday, Oct. 14, 2021 at the Airport Courthouse in Los Angeles. (Myung J. Chung/Los Angeles Times via AP, Pool)

NEW YORK -- New York prosecutors have gone to a grand jury as they seek to indict millionaire real estate scion Robert Durst for the death of his former wife, Kathie Durst, who vanished in 1982, a person familiar with the matter told The Associated Press.

The grand jury in Westchester County was empaneled last week and has started hearing witness testimony, according to the person, who was not authorized to speak publicly about the matter and did so on condition of anonymity. The grand jury process is expected to take several weeks.

The news was first reported by News 12 in Westchester and the Journal News, which reported seeing a witness in the case entering the grand jury room Monday.

A message seeking comment was left with a spokesperson for Westchester District Attorney Mimi Rocah. Messages were also left for Durst's lawyer and Kathie Durst's family.

Robert Durst, 78, was sentenced Thursday to life in prison without parole for murdering a confidante whom prosecutors say helped him cover up Kathie Durst's killing. Los Angeles prosecutors say Durst shot Susan Berman in 2000 as she was preparing to confess her role to police.

Durst, who has numerous medical issues, sat in a wheelchair during much of the sentencing hearing and in the days since has been hospitalized on a ventilator after testing positive COVID-19, one of his lawyers said.

Her body was never found. At the request of her family, she was declared legally dead in 2017. Robert Durst divorced Kathie Durst in 1990 citing abandonment.

He has never been charged in her disappearance despite several efforts over the years to close the case. Authorities reopened the case in 1999, searching a lake and the couple's home.