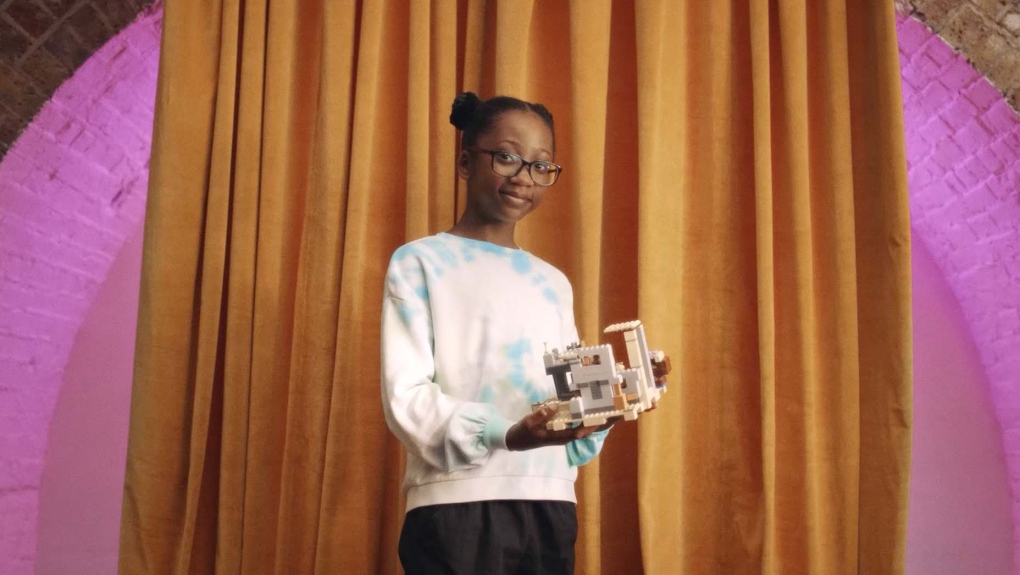 According to a study commissioned by the LEGO Group as part of their new commitment to eliminating gender bias from their toys, girls are less likely to care about gender stereotypes, but their parents and society still do. (LEGO Group)

TORONTO -- Girls today are ready to break free from gender-based stereotypes about play and creative activities, but their parents — and society at large — are holding them back by clinging to those stereotypes, according to a new study commissioned by the LEGO group.

The study, which included surveys of children aged 6-14 as well as their parents, was conducted as part of LEGO’s new campaign ‘Ready For Girls,’ and their new commitment to remove gender bias from their products moving forward.

A total of 6,844 children and parents across China, Czech Republic, Japan, Poland, Russia, U.K. and the U.S. took online, opt-in surveys as part of the study, which sought to discover whether parents and children see creativity as gendered.

The Geena Davis Institute carried out the research, and found that girls feel far less restricted by gender stereotypes than boys of the same age -- 74 per cent of boys believe some activities are just for girls and some are just for boys, compared to only 62 per cent of girls who believe the same, according to survey results.

Girls, for instance, were more likely to say that it’s alright for girls to play football and boys to dance ballet, with 82 per cent responding positively compared to 71 per cent of boys.

One of the most revealing parts of the surveys was the parents’ responses.

Researchers tested parents for implicit bias in part of the surveys, according to a press release from LEGO.

Parents were also four times more likely to encourage boys to engage in program games over girls, at 80 per cent compared to 20 per cent, as well as encouraging boys over girls in sports, at 76 per cent to 24 per cent.

The study also asked questions related to LEGO toys themselves, finding that parents still assume LEGO is a more appropriate toy for boys than girls. Around 59 per cent of parents said they encouraged their sons to play with LEGO as opposed to 48 per cent who encouraged their daughters.

During the implicit bias segment of the survey, that gap widened, with 76 per cent of parents admitting they would encourage LEGO play for a boy versus 24 per cent who would encourage it with a girl.

“The benefits of creative play such as building confidence, creativity and communication skills are felt by all children and yet we still experience age-old stereotypes that label activities as only being suitable for one specific gender,” Julia Goldin, CMO LEGO Group, said in the press release.

“At the LEGO Group we know we have a role to play in putting this right, and this campaign is one of several initiatives we are putting in place to raise awareness of the issue and ensure we make LEGO play as inclusive as possible. All children should be able to reach their true creative potential.”

LEGO stated in the release that they are committed to “making LEGO play more inclusive and ensuring that children’s creative ambitions – both now in the future – are not limited by gender stereotypes.”