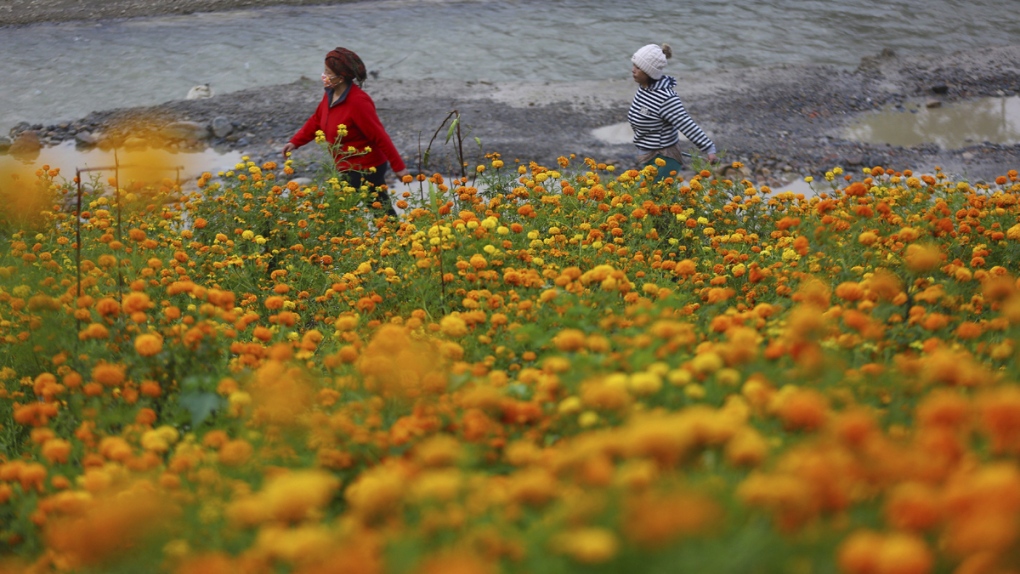 Nearly eight out of 10 girls in a region of mid-Western Nepal sleep in dangerous outdoor "menstruation huts" during their period, despite the practice being outlawed, a study has found.

The illegal custom, known as "Chhaupadi," stems from a centuries-old Hindu taboo that considers women and girls as unclean during menstruation. When women are on their periods, they are forbidden from a range of everyday activities and are often confined to "menstruation huts," where they are expected to sleep at night.

The practice was criminalized in 2018 after a string of high-profile deaths. But the taboo remains and the practice continues unabated, according to the study, published Monday in the journal Sexual and Reproductive Health Matters.

Researchers from the UK's University of Bath worked with local non-profit organization Center for Research on Environment Health and Population Activities (CREHPA) to survey 400 teenage girls in the Karnali province of mid-Western Nepal.

The study found that 77% of the girls surveyed practiced Chhaupadi. Class made only a slight difference; although girls from more urban and affluent households were less likely to practice Chhaupadi, 66% of girls in the top fifth wealth bracket still did.

Most of the girls had access to soap and water during their time in the huts, which allowed for better menstrual hygiene, but they still faced a number of other threats and fears.

"The women and girls we spoke to were terrified of snakes and animals coming in at night, or of being attacked by strangers," said Jennifer Thomson, one of the study's researchers, in a press release. "Even if they hadn't experienced that directly, the psychological stress of that was quite real."

A total of 40% of girls surveyed were unaware the practice was illegal.

The ramshackle huts often have small doors and no windows, with poor sanitation and ventilation. There have been several cases over the years of girls dying from causes like snake bites and suffocation; a 17-year-old girl died this February from smoke inhalation after lighting a fire inside the huts to keep warm at night. She was at least the fourth victim of the practice to have died this year.

Thomson added that the study had heard anecdotal evidence of girls who didn't even have a hut to sleep in -- during their periods, they would be forced to sleep out in the elements or with animals. The girls often reported feeling heightened "stress, anxiety, and disempowerment" during their time in the huts, the study said.

Apart from the physical danger and mental health consequences of sleeping in the menstruation huts, the girls also faced strong social stigma when they were on their periods. Many girls surveyed said they were not allowed to touch male family members, cook or enter kitchens, or eat normal foods like dairy products while menstruating.

Since Chhaupadi was criminalized, national and local officials have claimed that the practice is "largely eradicated." Under the law, anyone who forces a woman into a menstrual hut will be sentenced to three months in prison or fined the equivalent of $30.

But activists and researchers say this hasn't diminished the prevalence of the custom, and that women are still banished to other isolated spaces. The 17-year-old who died in February hadn't been placed in a hut, but rather a small, unused room of a house.

Even in 2017, when Nepal's Parliament passed the bill banning the practice, experts worried it would do little to change deeply-rooted cultural norms and beliefs. Rural residents complained about the bill, with some telling CNN the government was disrespecting their traditions.

The new study reflects how Chhaupadi is perpetuated within close communities and passed on between generations despite the ban. The stringent rules of the practice were "most keenly enforced by elders within their family and community," such as mothers, grandmothers, and other senior women, the study found.

The practice isn't limited to rural areas or girls with low education levels; even school teachers, health workers, and local leaders sleep in the menstruation huts, according to Renu Sharma, president of local non-profit The Women's Foundation. The number of women who practice Chhaupadi may be even higher than the study's 77%, she added.

Another part of the problem is loose enforcement by official bodies and poor coordination. There are several government ministries that develop policy for menstrual hygiene, but with no clear delegation of responsibility, the issue could easily "fall between the gaps of the various ministries," the study said.

The study recommended action including broadening the scope of activism and education. Many organizations have focused on Chhaupadi's negative effects on women's health and menstrual hygiene; there now needs to be greater emphasis on the social issues and cultural taboos that fuel these practices, the study said.

"This is about changing deeply ingrained cultural practices and behaviors, and while changing the law is important, this study shows it's going to take much more than that," said Thomson in the press release. "These are practices that have gone on for generations and generations."