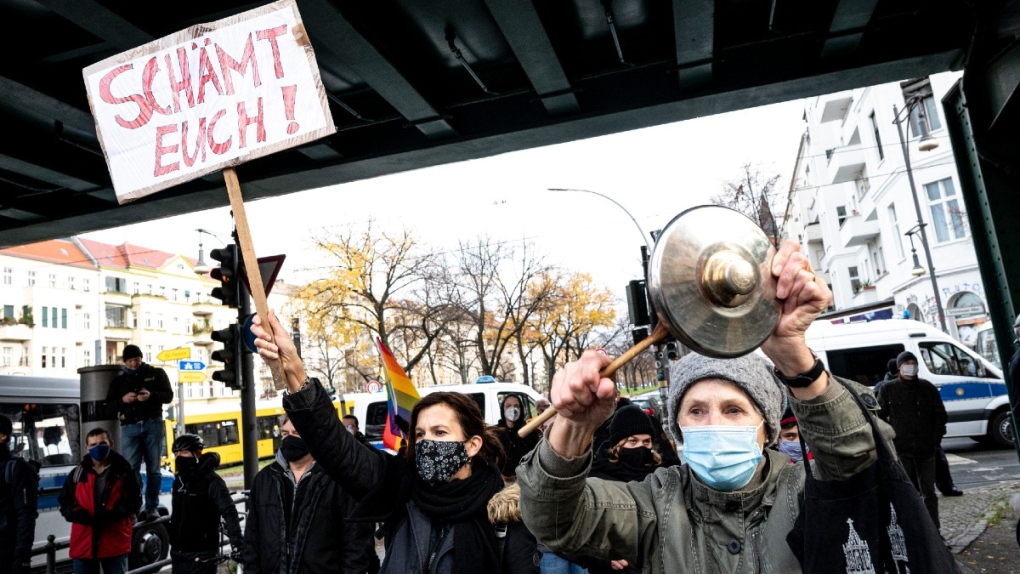 Felix Klein, who was appointed in 2018 to head the government's efforts to combat anti-Semitism, said that hatred against Jews in Germany has increased during the coronavirus pandemic.

He noted that anti-Semitic conspiracy theories have been spread by people who believe in alternative healing and peace campaigners as well as by Germany's far-right scene, which has used the protests to mobilize supporters.

Apart from making baseless claims about sinister elites using the pandemic to control or oppress the population -- a common anti-Semitic trope -- protesters have also been likening their situation to that of Jews in Nazi Germany, by wearing yellow Stars or David or comparing themselves to Anne Frank or anti-fascist campaigner Sophie Scholl.

"Portraying oneself as the persecuted victim is and was a central element of anti-Semitic attitudes," Klein told reporters in Berlin.

Anetta Kahane, who heads the anti-racist Amadeu Antonio Foundation, said anti-Semitism seemed to be a unifying element among disparate groups and warned that open hatred of Jews was likely to come increasingly to the fore in Germany.