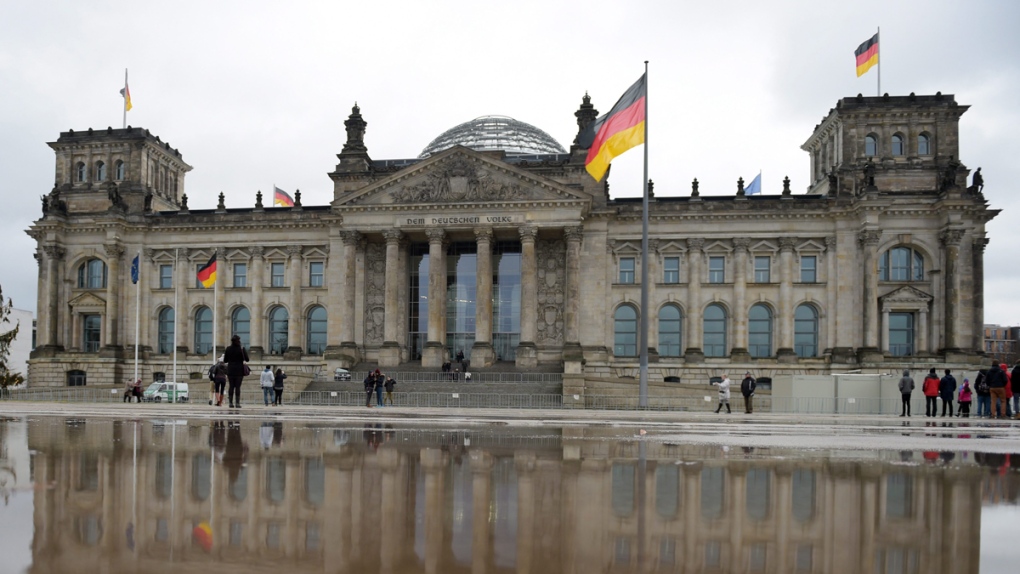 BERLIN -- German lawmakers on Friday approved a resolution denouncing the Boycott, Divest and Sanctions movement against Israel, describing its methods as anti-Semitic and reminiscent of Nazi-era calls to boycott Jews.

The motion called on the German government not to support events organized by BDS or other groups that actively pursue its aims, and vowed that parliament wouldn't finance any projects that call for a boycott of Israel or actively support the movement. It was filed by the country's three governing parties, along with two mainstream opposition parties, and passed by a large majority.

The Palestinian-led BDS movement has grown in popularity overseas in recent years. It advocates boycotts, divestment and sanctions against Israeli businesses, universities and cultural institutions.

Comparing BDS to the anti-apartheid movement in South Africa in years past, supporters say it uses nonviolence to resist unjust policies toward Palestinians. Israel says the movement masks its motives to delegitimize or destroy the Jewish state.

The BDS group said the "German parliament's equation of the nonviolent BDS movement for Palestinian rights with anti-Semitism is based on outright lies."

"It's not only anti-Palestinian McCarthyism, it is a betrayal of international law, German democracy and the fight against real anti-Jewish racism," it added.

The German motion stated that "the pattern of argument and methods of the BDS movement are anti-Semitic."

"The campaign's calls to boycott Israeli artists, along with stickers on Israeli goods that are meant to dissuade people from buying them, are also reminiscent of the most terrible phase of German history," it added. "The BDS movement's 'Don't Buy' stickers on Israeli products inevitably awake associations with the Nazi slogan 'Don't Buy from Jews!' and similar scrawls on facades and shop windows."

The lower house in Berlin voted down two rival motions. One, from the far-right Alternative for Germany party, or AfD, called for a ban on the BDS movement. The other, from the Left Party, condemned "all anti-Semitism" in BDS calls for boycotts.

AfD, which opposes migration and Islam, has itself been accused of playing down Nazi crimes.

Helge Lindh, a lawmaker with the governing Social Democrats, said: "We clearly say no to AfD's cheap attempt to instrumentalize anti-Semitism for its anti-Muslim racism."