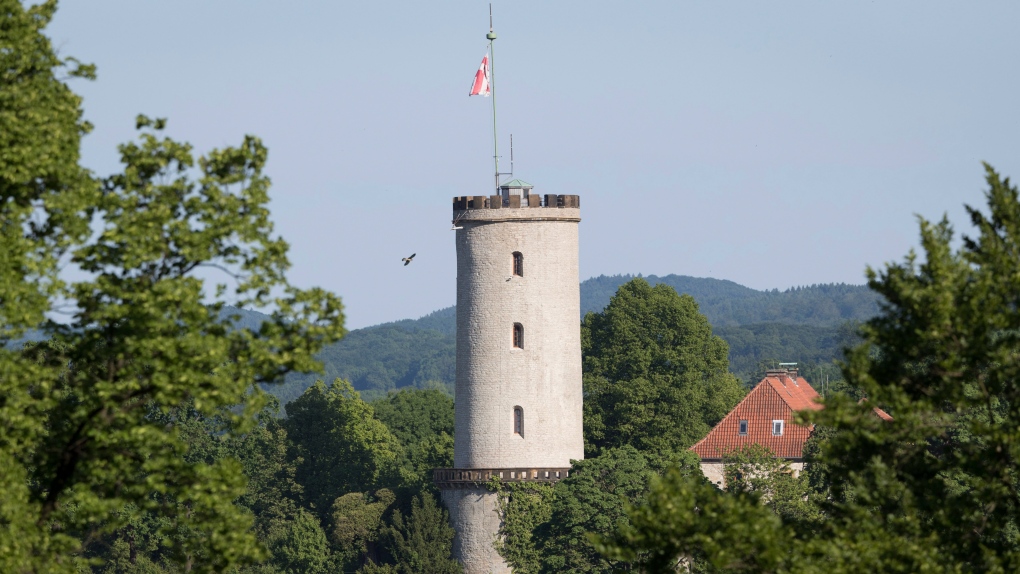 In this May 27, 2017 file photo, a castle is pictured in Bielefeld, Germany. (Friso Gentsch/dpa via AP)

BERLIN -- A German city that's been the subject of a long-running online light-hearted conspiracy theory claiming it doesn't really exist is offering big bucks to whoever proves that's true.

Officials in Bielefeld said Wednesday they'll give 1 million euros (CAD$1.48 million) to the person who delivers solid proof of its non-existence.

They said there are "no limits to creativity" for entrants, but only incontrovertible evidence will qualify for the prize.

The idea that Bielefeld doesn't exist was first floated by computer expert Achim Held, who posted the satirical claim on the Internet in 1994 in an effort to poke fun at online conspiracy theories.

Even German Chancellor Angela Merkel once jokingly cast doubt on the existence of Bielefeld, which is allegedly located about 330 kilometres (205 miles) west of Berlin.