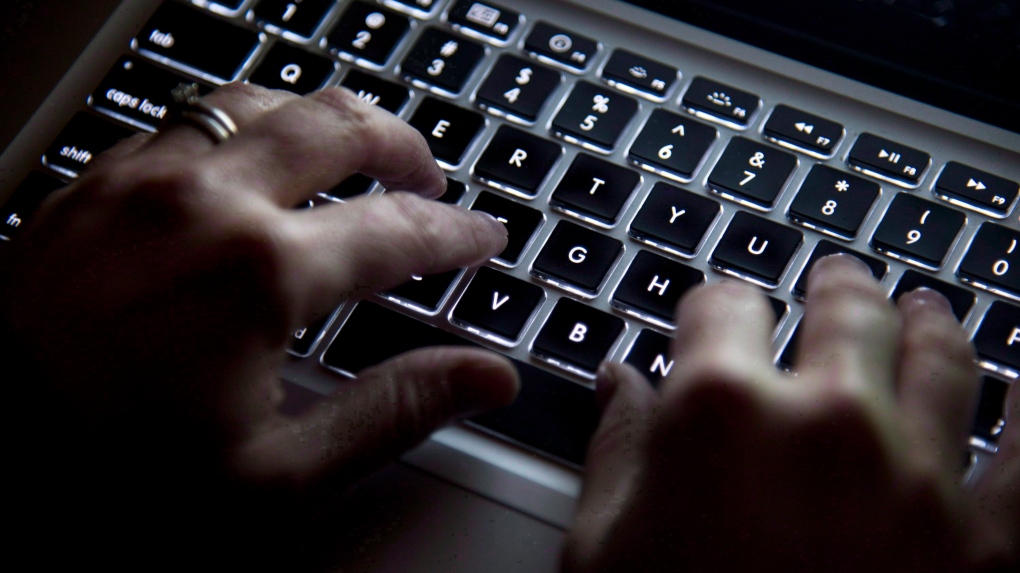 A woman types on a keyboard in Vancouver on Wednesday, December, 19, 2012. THE CANADIAN PRESS/Jonathan Hayward

BERLIN -- A German student has admitted obtaining and publishing the personal data of hundreds of politicians and celebrities and told investigators he acted alone, authorities said Tuesday.

The 20-year-old lives with his parents and is still in school, said Georg Ungefuk, a spokesman for the Frankfurt prosecutors' office that specializes in internet crime.

The student has no previous convictions and appeared to regret his actions, Ungefuk said. The suspect, who wasn't identified in line with German privacy regulations, told investigators "he acted out of annoyance at public statements by the politicians, journalists and public personalities involved," the spokesman said.

Authorities say almost 1,000 people were affected by the data breach. In most cases, the information published online was limited to basic contact details, but in up to 60 cases more extensive personal data was made public. It was posted via Twitter before Christmas, but only came to most people's attention late last week.

The information appeared to include data on members of all parties in parliament except those from the far-right Alternative for Germany party.

The man "said that he acted alone in illegally obtaining data and then publishing it," Ungefuk said. Investigations so far have produced no evidence that anyone else was involved, he added.

The suspect was released Monday for lack of legal grounds that would justify keeping him in custody, such as a risk of collusion or flight risk.

He could face charges of illegally obtaining data and handling stolen data, which can carry a sentence of up to three years in prison for adults. However, this case is being considered under juvenile law, which carries lesser sentences.

Ungefuk noted that the suspect has co-operated with investigators, helping them recover data he deleted after the case became public.

It wasn't immediately clear when the hacking started.

He published the material using links posted on Twitter accounts, including one with the handle "G0d," investigators said. The account, along with another the suspect had used, was suspended Friday.

Inadequate passwords generally are the main cause of hacked data, Muench said, adding that investigators don't believe the student's motive was predominantly political.

Questions have been raised about the way the data breach was handled by Germany's IT security agency, after it emerged that it was made aware of it weeks before the extent of the data collection became clear on Thursday night.

The IT security agency has acknowledged that it was approached by one lawmaker about suspicious activity on his private email and social media accounts in early December, but said it believed at the time his experience was a one-time case.

"We will have to see that we establish an early-warning system," Seehofer said.