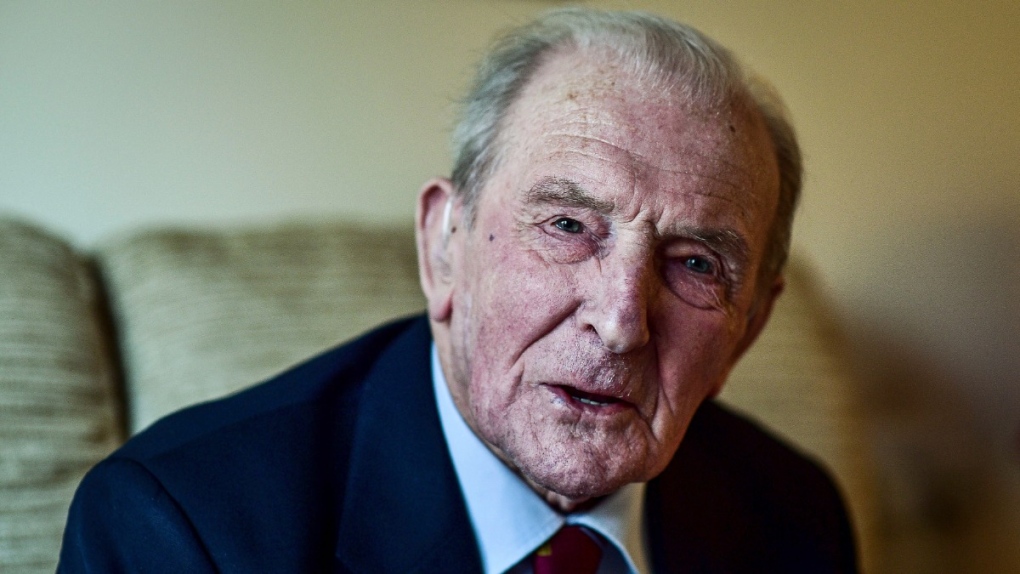 Johnson was a 21-year-old bomb aimer on the 1943 mission, codenamed Operation Chastise, by the Royal Air Force's famed 617 Squadron.

The raid was conducted by a team of top pilots secretly trained to master flying at high speeds, low altitudes and in the dark. They were tasked with flying over Germany and dropping experimental, specially designed "bouncing bombs" to destroy dams in the industrialized Ruhr valley, with the aim of flooding Nazi weapons factories.

More than 50 of the 133 airmen were killed during the raid, but it was considered a success after two dams were destroyed. The destruction flooded factories and killed more than 1,000 Germans, and also boosted morale back in Britain.

The mission inspired a book and a 1955 movie, "The Dam Busters" that became a much-loved classic in Britain.

Johnson and his crewmates in their Lancaster bomber successfully dropped their bomb on the Sorpe dam. It was not destroyed but had to be emptied for repairs, disrupting the German war effort.

Johnson said five years ago that he still had "strong memories" of the mission,

"That is something which will live forever, as far as I'm concerned," he said,

Johnson spent 22 years in the air force, retiring with the rank of squadron leader, and later worked as a teacher at hospitals for people with mental health problems. He also served as a Conservative local councilor.

In 2017 he was made a Member of the Order of the British Empire, or MBE, by Queen Elizabeth II.