George Floyd's death spurs question: What is a Black life worth? 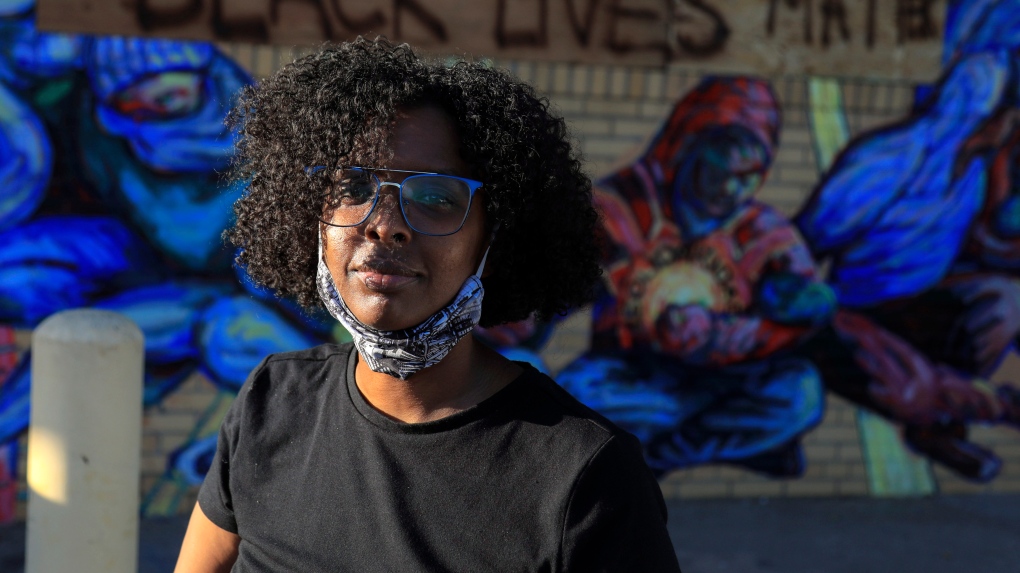 MINNEAPOLIS -- For 12-year-old Tamir Rice, it was simply carrying a toy handgun. For Eric Garner, it was allegedly selling untaxed cigarettes. For Michael Brown, Sandra Bland and Ahmaud Arbery, it was the minor offences of jaywalking, failing to signal a lane change and trespassing on a residential construction site.

And for George Floyd, it was an accusation he used a fake $20 bill at a grocery store. While in police custody on May 25, Floyd repeatedly pleaded "I can't breathe," as a white officer in Minneapolis pressed his knee into the Black man's neck for nearly nine minutes.

Twenty dollars: To some, that's chump change. But George Floyd was not a chump, family and friends in Houston, where he grew up, asserted when they laid him to rest this week in a golden coffin. Those who mourned him at memorials held across three states said the value of the 46-year-old's life far surpassed that.

In death, Floyd has created an invaluable and, some say, unprecedented moment for the national struggle against institutional racism and inequality.

In Minnesota, across the nation and around the world, outrage turned into action as protests grew, propelled by the reality that African Americans become martyrs of the Black Lives Matter movement over such trivial activities -- in circumstances where their rights are discarded, their liberty deprived, their lives devalued. And where they're far more likely than whites to die at the hands of police.

"What's exposed in this moment is something Black folks have always known: How quickly we can be killed by law enforcement over the most trivial things," said Chelsea Fuller, spokesperson for the Movement for Black Lives, a national coalition of more than 150 black-led grassroots organizations seeking the liberation of Black people.

"This is now clear as day to everyone, including white people, and we all need to face that the solution to this endemic problem won't be quick or easy, but it is urgent and necessary," she said in a statement.

For some who now seek change, the fix starts with reforming police departments and the U.S. criminal justice system. Others favour a deeper reckoning to address centuries-old assumptions that Black lives hold only a fraction of the value placed on the rights, liberty, lives and property of the white majority in America.

"Human life (does not equal) 20 bucks," read a protest sign during a rally last week at the Minnesota Capitol in St. Paul.

A week after Floyd's death, Miski Noor, an activist with the Twin Cities-based Black Visions Collective, visited the area around Cup Foods, the grocery store at Chicago Avenue and 38th Street where an employee called police to report a man who allegedly bought cigarettes with a counterfeit $20 bill.

The intersection has become a makeshift memorial, where flowers, teddy bears, candles, artwork and protest signs surround the spot where Floyd breathed his last breath. Floyd's younger brother, Terrence, stood there on June 1 to urge calm after protests turned to looting and vandalism in cities that included Los Angeles, New York City and San Francisco.

The circumstances of Floyd's death are "the reason why we have to get at the conversation around anti-blackness," said Noor, who lives just blocks from the grocery. Noor said the Floyd arrest started over a "store owner in a majority black and (nonwhite) neighbourhood who decides a counterfeit 20 is enough to call the police."

But Jamar Nelson, a spokesman for the owners of Cup Foods, said it was important to recognize who is responsible for Floyd's death.

"We do our community a huge disservice if we continue to focus on the call and not how police officers have a reckless disregard for the lives of black and brown men," he said.

Echoing that sentiment, Mahmoud "Mike" Abumayyaleh, co-owner of the grocery, attended the Minneapolis memorial for Floyd wearing a T-shirt that read, "We can't breathe," a reference to the man's last words under the knee of Officer Derek Chauvin. The officer, who has since been fired, is charged with second-degree murder.

Various studies of criminal justice data show that African Americans are far more likely than whites to be pulled over by police, and are as much as three times more likely to be searched. Black people are roughly 13% of the population, whereas the white population is about 60%.

The Movement for Black Lives is behind a push for local communities to defund police departments nationwide, and reinvest in struggling black communities to address economic inequality and disparities in education and health care.

Though the Minneapolis City Council recently announced intentions to disband and re-purpose the police department in the wake of Floyd's death, such efforts have drawn strong rebuke from U.S. President Donald Trump.

"There won't be defunding, there won't be dismantling of our police," Trump said this week, adding that police were doing a "fantastic" job.

The response to the outrage over Floyd's death doesn't have to be defunding police, said Arthur Rizer, who directs the criminal justice program at R Street, a Washington D.C.-based non-profit that favours limited, effective government. The response could instead be to reform laws and policies that disproportionately criminalize Black people, he said.

"There's so many nickel-and-dime laws around that we really have to review what we have, what we need and then get rid of some of these things," said Rizer, who is white and previously worked as a patrol officer in Washington state and as a federal prosecutor in California.

Under Minnesota law, the counterfeiting charge that cost Floyd his life carries a jail sentence of up to a year, or a maximum of five years of imprisonment for a repeat offender. Even if there was probable cause to investigate Floyd, the law doesn't require "a very intense arrest on the spot," Rizer said.

"If I would have been (Floyd), they would not have assumed that I was trying to do something bad," he said. "They would have probably assumed that it was some type of accident. That is a big piece that I think we need to focus on."

Last week, Floyd's family forwarded their pleas for racial justice to the United Nations. It's at least the third time in the last six years that Black American families made appeals for the UN to intervene to hold police accountable.

During Floyd's funeral in Houston on Tuesday, Rep. Al Green of Texas called for the creation of a federal "Department of Reconciliation" to address systemic racial inequity that dates back to the abolition of slavery.

Nekima Levy Armstrong, a civil rights lawyer and former president of the Minneapolis NAACP, said the demand that Black lives are valued like white lives must begin at the community level.

"I know that if George Floyd were alive today, he would want us to continue this fight, continue holding the powers that be accountable, and remembering all of those who are not here to speak for themselves," she said.