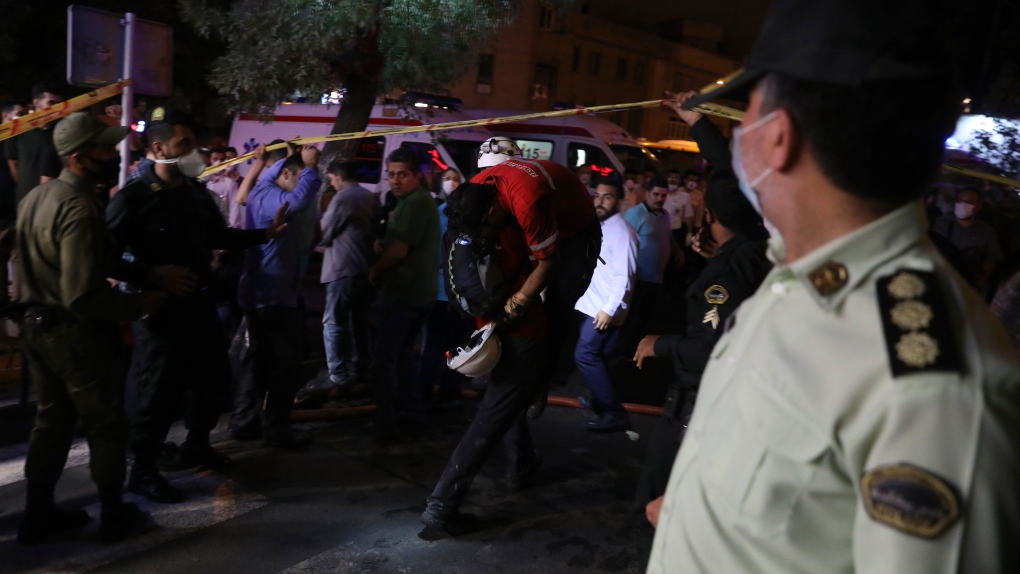 A rescue worker evacuates his colleague as he is overcome by smoke from the explosion of the Sina Athar Clinic in Tehran, Iran, early Wednesday, July 1, 2020. Iranian state TV says an explosion from a gas leak in a medical clinic in northern Tehran has killed multiple people. (AP Photo/Vahid Salemi)

Authorities initially said 13 people were dead, but Jalal Maleki, spokesman for the Tehran Fire Department, later told state TV that the toll had risen to 19.

Video posted online appeared to show more than one explosion and thick black smoke rising from the flames.

Hamidreza Goudarzi, deputy Tehran governor, told state TV that a leak from medical gas tanks in the building was the cause of the explosion and fire.

People in nearby Tajrish Bazaar rushed to the scene, impeding a rescue operation, authorities said. Videos on social media showed people gathered outside of the building.

State TV said there could be more explosions because there were a number of oxygen tanks remaining in the medical centre.