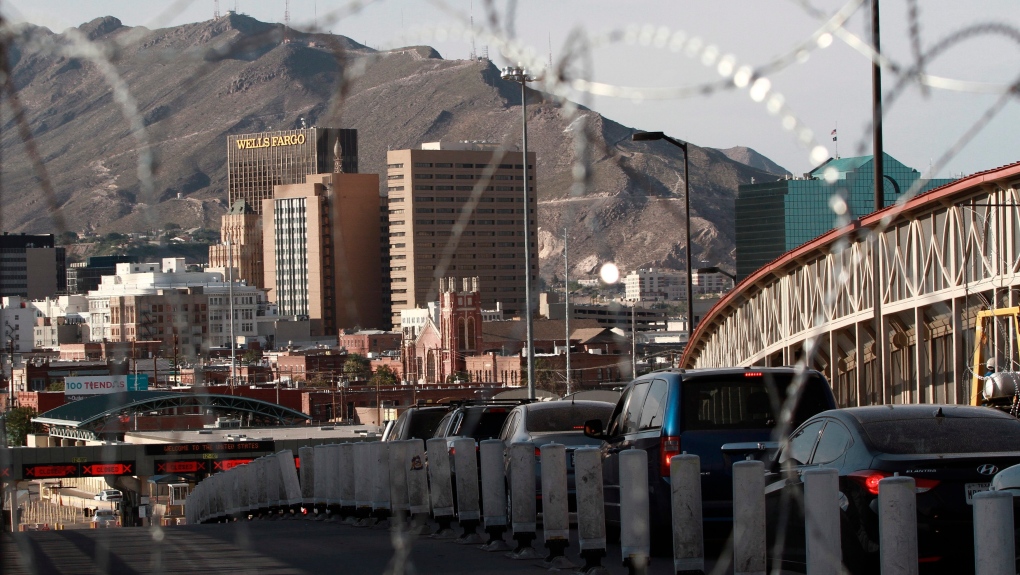 The surge in violence recalled a far more deadly period in Juarez more than a decade earlier. Mexico's powerful drug cartels commonly use local gangs to defend their territory and carry out their vendettas.

The federal government's security undersecretary, Ricardo Mejia Berdeja, said the violence started inside the state prison after 1 p.m. Thursday, when member of the Mexicles gang attacked members of the rival Chapos.

Two inmates were killed and 20 injured.

Then suspected gang members outside the prison began burning businesses and shooting up Ciudad Juarez.

“They attacked the civilian, innocent population like a sort of revenge,” President Andres Manuel Lopez Obrador said. “It wasn't just the clash between two groups, but it got to the point in which they began to shoot civilians, innocent people. That is the most unfortunate thing in this affair.”

Mejia said four employees of MegaRadio who were broadcasting a live promotional event outside a business were killed in the shooting.

Chihuahua state Attorney General Roberto Fierro Duarte said that a boy wounded in a shooting at a convenience store died later at the hospital, two women were killed in a fire at another gas station convenience store and two other men were shot elsewhere in the city.

Fierro said 10 suspects had been arrested.

Targeting civilians is not unheard of. In June of last year, a rival faction of the Gulf cartel entered the border city of Reynosa and killed 14 people the governor identified as “innocent citizens.” The military responded and killed four suspected gunmen.

Ciudad Juarez has long had a reputation for violence. Gangs like those involved in the riot often serve as proxies and street-level enforcers for Mexico's powerful drug cartels who aggressively exert control over the border crossing routes they need to move their product to the United States.

While still high, murders in recent years were well below what they were more than decade ago - about 1,400 last year compared to more than 3,600 in 2010 - according to data from Molly Molloy, a retired border specialist at the New Mexico State University Library, who has tracked the city's homicide data for many years and posts regular updates to her Frontera List.

Authorities said Juarez appeared calm Friday, but the Autonomous University of Ciudad Juarez moved all of its classes online Friday as a precaution.

The violence came two days after drug cartel gunmen burned vehicles and businesses in the western states of Jalisco and Guanajuato in response to the arrest of a high-ranking cartel leader.

The United Nations said Sunday that negotiations between Yemen's warring sides failed to extend a nationwide cease-fire, after an agreement was not reached before a deadline on Oct. 2. In a statement, the U.N.'s envoy to Yemen called on all sides to refrain from acts of provocation as the talks continue.