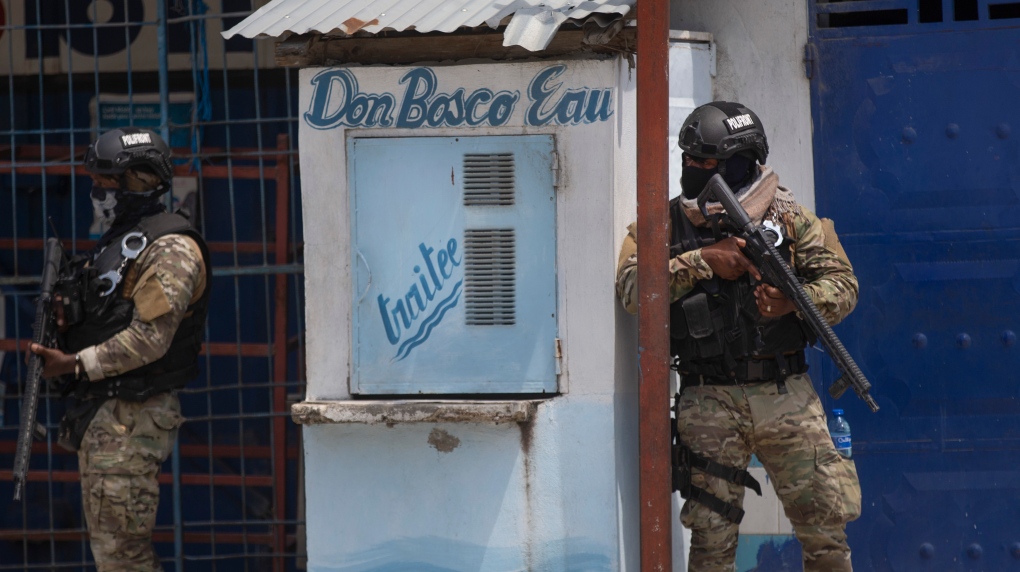 Police officers patrol a street during an anti-gang operation in Croix-des-Missions north of Port-au-Prince, Haiti on April 28, 2022. (AP Photo/Odelyn Joseph)

Warning: This article contains graphic content and descriptions of violence

PORT-AU-PRINCE, Haiti -- A former senator who worked for the Ministry of Social Affairs and Labour was killed in an upscale neighbourhood near Haiti's capital and his body set on fire along with his nephew, Government Commissioner Jacques Lafontant told The Associated Press on Sunday.

The bodies of Yvon Buissereth and his unidentified nephew were found Saturday afternoon in the community of Laboule. That is near Pelerin, where President Jovenel Moise was assassinated in his private home in July last year.

Buissereth, director of Haiti's Public Company for the Promotion of Social Housing, and his nephew were travelling in a government-issued vehicle and were found inside the charred car, Lafontant said. He said a gang trying to control the area is likely to blame.

"It was a terrible incident," he said.

The Ti Makak gang, which means "Little Macaques," is fighting with the Toto gang over control of that area. Gangs in the capital of Port-au-Prince and beyond have become more powerful and waged violent turf wars since Moise was assassinated.

Buissereth and his nephew were killed while driving on a road that a growing number of Haitians are using to avoid the Martissant area, which connects the Port-au-Prince with Haiti's southern region and is controlled by warring gangs that have killed or injured dozens of civilians in that area.

"His assassins, as well as all the other criminals who sow mourning in the country, will be prosecuted to the full extent of the law and must respond for their ignominious acts before justice," he wrote Sunday in a social media post.

An attacker with a large kitchen knife killed two people and wounded six others in stabbings along the Las Vegas Strip before he was arrested Thursday, police said.