Furor over 'misrepresentation' of slavery in U.K. citizenship test 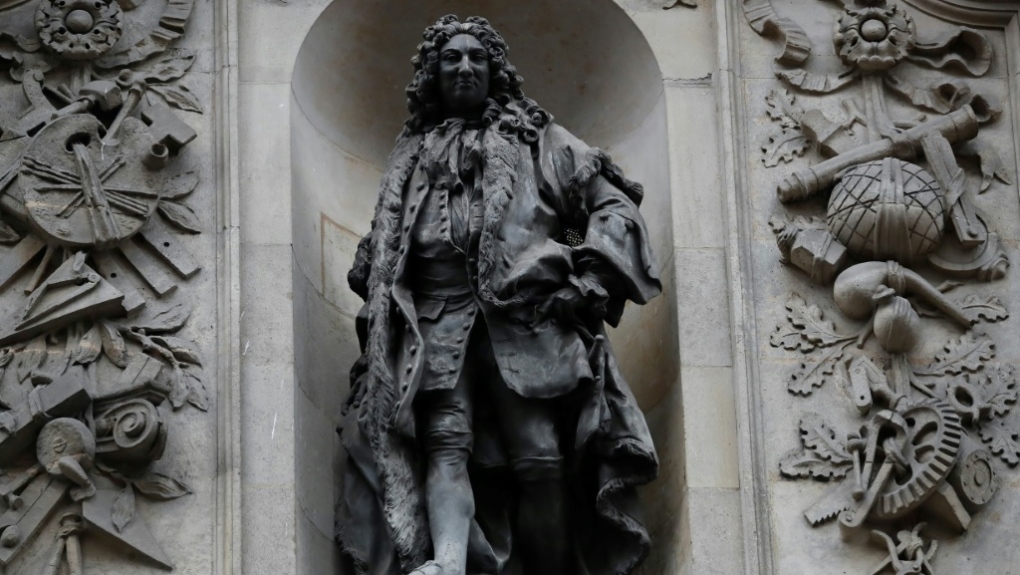 The legacy of Britain's slave trade has in recent weeks become the focus of a fierce debate among academics and activists. (AFP)

LONDON -- Nearly 200 historians on Wednesday denounced what they said was the "misrepresentation of slavery and empire" in the history section of Britain's citizenship test, calling for it to be corrected.

It is the latest volley in an increasingly bitter battle over the legacy of Britain's colonial past prompted by a recent wave of anti-racism protests sparked by the death of George Floyd, an unarmed black man, during a U.S. police arrest.

"Until the history chapter has been corrected and rewritten, it should be formally withdrawn from the test," the historians said an open letter signed by 181 academics, including some from major universities across the country.

Parts of the official handbook for prospective British citizens and residents to prepare for the "Life in the U.K." exam were "fundamentally misleading and in places demonstrably false", they argued.

"The aim of the official handbook is to promote tolerance and fairness and facilitate integration," they wrote.

"In its current version, the historical pages do the opposite."

Signatories included 13 fellows of the British Academy -- the leading humanities and social sciences institution -- and two past presidents of the Royal Historical Society.

The handbook for the test, which comprises 24 questions about British traditions and customs, covers everything from history and politics, sports, culture and culinary habits.

The open letter's signatories argued the handbook painted a questionable picture of historical slavery in Britain, for example by suggesting it had ended in the 18th century.

The guidance also downplayed the country's role in the international trade in people, failing to note the vast numbers of British ships used to transport slaves and that huge numbers who died, they alleged.

The letter objected to impression left that the end of the colonialism in the middle of the last century was an "orderly transition from empire to commonwealth".

That ignored the numerous violent rebellions to ongoing British rule, it pointed out.

"People in the colonies and people of colour in the U.K. are nowhere actors in this official history," said the letter.

"The handbook promotes the misleading view that the Empire came to an end simply because the British decided it was the right thing to do."

The call for "an immediate official review" of the history chapter comes as the growing Black Lives Matter movement has refocussed attention on Britain's colonial past.

That saw protesters topple a statue in Bristol, southwest England of a slave trader, and a successful campaign for an Oxford University college to remove a statue of colonialist Cecil Rhodes.

Elsewhere, there have been calls for streets named after merchants and traders who profited from the slave trade or slave labour to be renamed.

A spokesman for Britain's interior ministry said the handbook provided "a starting point to explore our past and help those seeking to live permanently in the U.K. gain a basic understanding of our society.

"We have published several editions of the handbook since it was launched and will continue to keep its contents under review and consider any feedback we receive," he added.