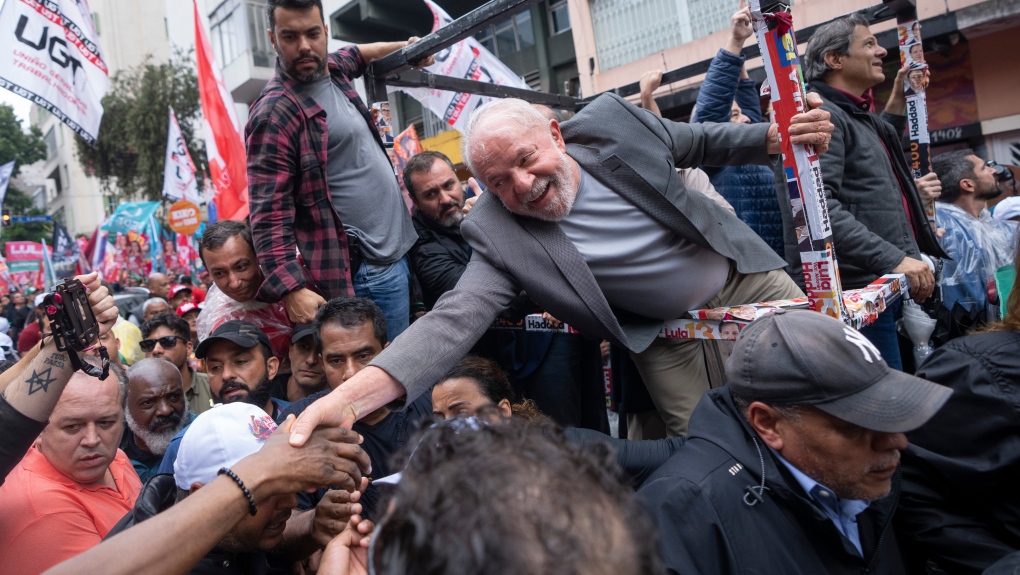 Brazil's most polarized election in decades will decide whether to return to power a former president who spent time in jail on corruption convictions or a right-wing populist who has attacked the voting system and threatened to contest defeat.

Two polls released in the afternoon showed that Lula has a majority of valid votes and could win the election in the first round, which would avoid a bruising runoff on Oct. 30.

Both polls showed Lula has a 14-percentage point advantage over Bolsonaro.

Earlier, a CNT/MDA poll had Lula winning 48.3 per cent of valid votes and being statistically within reach of outright victory.

If no one among the 11 candidates gets more than 50 per cent of votes, excluding blank and spoiled ballots, the two front-runners - almost certainly Lula and Bolsonaro - would go to second-round vote on Oct. 30.

Bolsonaro, a 67-year-old former army captain who spent 28 years as a congressman who is pro-gun, anti-gay and against abortion, was swept into office in 2018 on a wave of conservative sentiment and opposition to Lula's Workers Party.

On Saturday, he will close his re-election campaign with two rallies by motorbike supporters in Sao Paulo and Joinville, Santa Catarina state.

Lula rode in an open car and then walked through tens of thousands of cheering supporters who turned out in central Sao Paulo, eager to see him despite drizzling rain. The event was called the "Walk of Victory."

Brazil's electronic voting system, which Bolsonaro has repeatedly criticized as vulnerable to fraud without providing evidence, allows the national electoral authority, the TSE, to quickly tally results within hours after polls close at 5 p.m. (2000 GMT).

The head of the TSE, Supreme Court Justice Alexandre de Moraes, called on Brazilians by Twitter to celebrate the country's democracy by turning out to vote "in peace, security and harmony, respect and freedom."

Due to Bolsonaro's attacks on the voting system and the prospect of conflict, the TSE has invited an unprecedented number of international observers to this year's election.