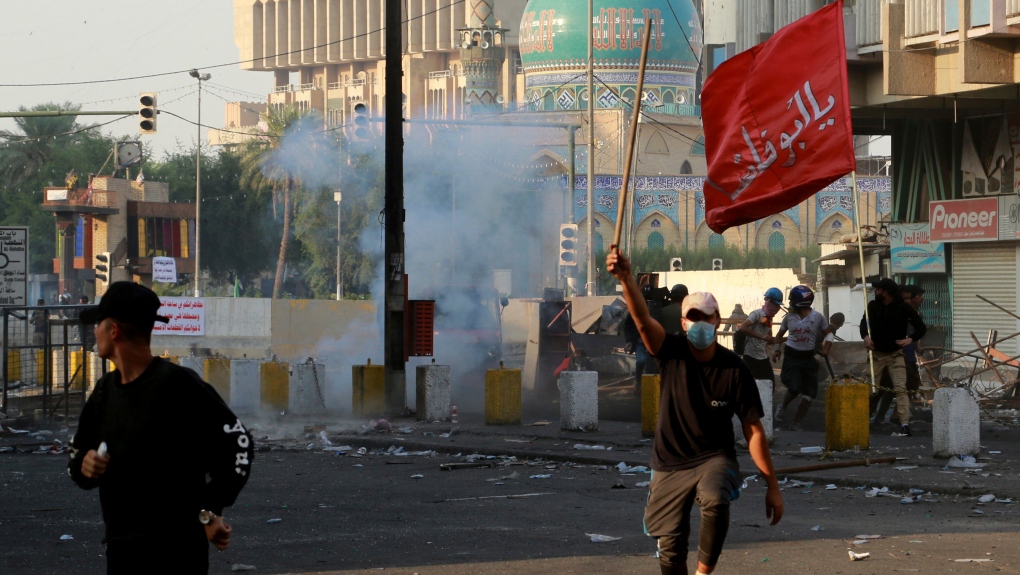 BAGHDAD -- The United Nations top envoy to Iraq, seeking support for a roadmap to resolve massive anti-government protests, said Monday that the country's most powerful Shiite religious leader backs serious reforms but is concerned politicians will not carry them out.

Overnight, four protesters were killed and some 130 wounded in renewed clashes between security forces and protesters in the southern city of Nasiriyah, a rights group said.

Jeanine Hennis-Plasschaert, the UN Special Representative to Iraq, met with Grand Ayatollah Ali al-Sistani in the Shiite holy city of Najaf to discuss the series of reforms put forward by the UN a day earlier.

"The marjaiyah made it clear that it supports the conduct of serious reforms in a reasonable period of time," she said, using the Arabic name for al-Sistani's authority. "Within that context, it welcomes the proposals of the United Nations, including the proposal for one consolidated electoral framework."

"The marjaiyah also expresses its concerns that the political forces are not serious enough to carry out these reforms," she added.

On Sunday, the United Nations Assistance Mission for Iraq laid out a series of short- and long-term measures aimed at tackling protester demands, including electoral reform and anti-corruption initiatives.

More immediate measures included the release of peaceful demonstrators detained since early October, an investigation into cases of abduction and punishing those found guilty of using excessive force against protesters.

Hennis-Plasschaert said the UN would monitor the government's progress to ensure measures were being "done promptly, swiftly and decisively because this country needs to move forward."

The casualties in Nasiriyah occurred during confrontations outside the education directorate as security forces tear-gassed protesters trying to block employees from reaching the building in the city centre.

The semi-official Iraqi High Commission for Human Rights, which reported the toll, called the violence "regrettable" and added that some of the wounded are in serious conditions.

At least 320 protesters have been killed by security forces since the protests and unrest over living conditions began last month.