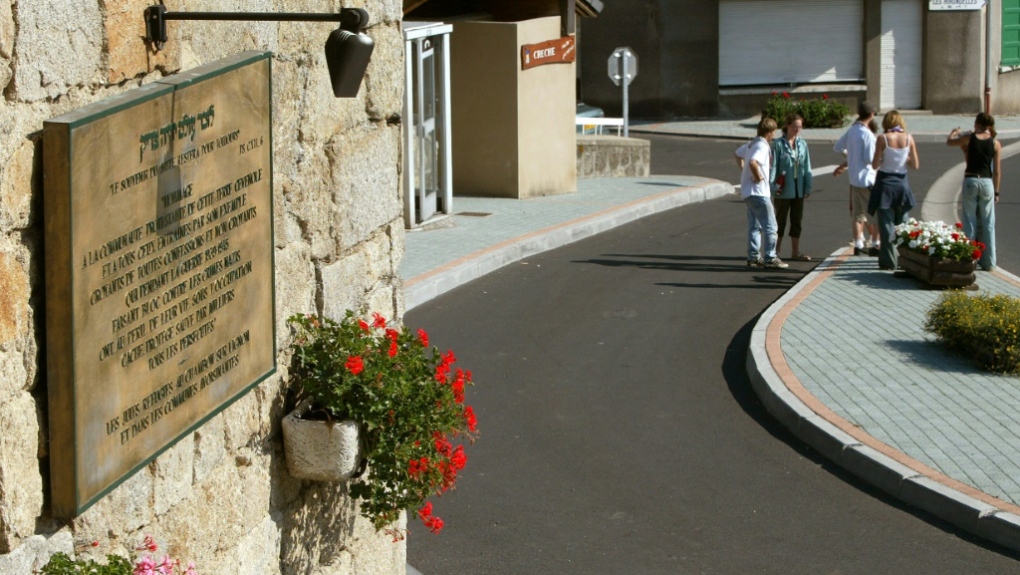 Chambon-sur-Lignon has a history of offering shelter to those in need. (AFP)

SAINT-ÉTIENNE, FRANCE -- An Austrian man who fled the Nazis with his family during World War II has bequeathed a large part of his fortune to the French village whose residents hid them from persecution for years.

Eric Schwam, who died aged 90 on December 25, wrote the surprise gift into his will for Chambon-sur-Lignon, located on a remote mountain plateau in southeast France that historically has a large Protestant community known for offering shelter to those in need.

"It's a large amount for the village," Mayor Jean-Michel Eyraud told AFP.

He declined to specify the amount since the will was still being sorted out, but his predecessor, who told a local website that she met with Schwam and his wife twice to discuss the gift, said it was around two million euros (US$2.4 million).

Schwam and his family arrived in 1943 and were hidden in a school for the duration of the war, and remained until 1950.

He later studied pharmacy and married a Catholic woman from the region near Lyon, where they lived.

Eyraud said Schwam asked that the money be used for educational and youth initiatives, in particular scholarships.

Around 2,500 Jews were taken in and protected during World War II by Chambon-sur-Lignon, whose residents were honoured as "Righteous Among the Nations" by Israel's Yad Vashem Holocaust memorial centre.

Over the centuries the village has taken in a wide range of people fleeing religious or political persecution, from priests driven into hiding during the French Revolution to Spanish republicans during the civil war of the 1930s, and more recently migrants and refugees from the Middle East and Africa.