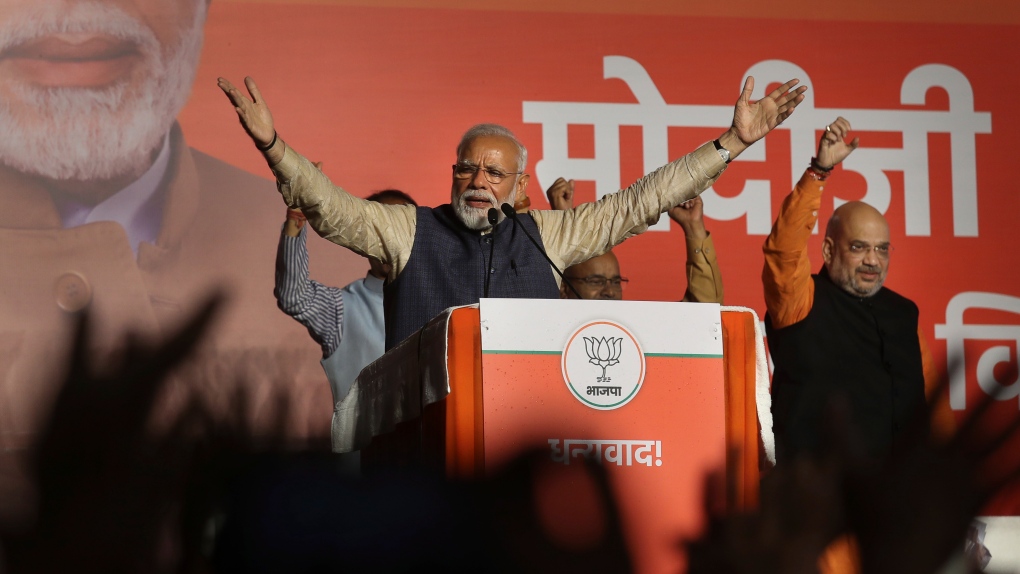 The democracy research institute, which is independent but receives US funding, pointed to mob violence against Muslims, intimidation of journalists and rising judicial interference since Modi's Hindu nationalist Bharatiya Janata Party won power in 2014.

"Rather than serving as a champion of democratic practice and a counterweight to authoritarian influence from countries such as China, Modi and his party are tragically driving India itself toward authoritarianism," Freedom House said in its annual report.

"Under Modi, India appears to have abandoned its potential to serve as a global democratic leader, elevating narrow Hindu nationalist interests at the expense of its founding values of inclusion and equal rights for all."

Freedom House also pointed to the "ham-fisted" Covid-19 lockdown ordered by Modi in which massive numbers of workers who lacked resources were obliged to walk across the country to their villages.

"The ruling Hindu nationalist movement also encouraged the scapegoating of Muslims, who were disproportionately blamed for the spread of the virus and faced attacks by vigilante mobs," it said.

With the decline of the billion-plus nation in Freedom House's rankings, it said that less than 20 percent of the world's population lives in free countries, the lowest since 1995.

The United States remained classified as free following Donald Trump's turbulent presidency but Freedom House warned of the "parlous state of US democracy."

It pointed to Trump's false allegations of election fraud and the January 6 storming of the Capitol "incited by the president himself."

Freedom House also highlighted the Trump administration's dismissal of inspector generals tasked with looking out for government misconduct as well as "disproportionate violence by police" against anti-racism protesters last year.

"The United States will need to work vigorously to strengthen its institutional safeguards, restore its civic norms and uphold the promise of its core principles for all segments of society if it is to protect its venerable democracy and regain global credibility," it said.