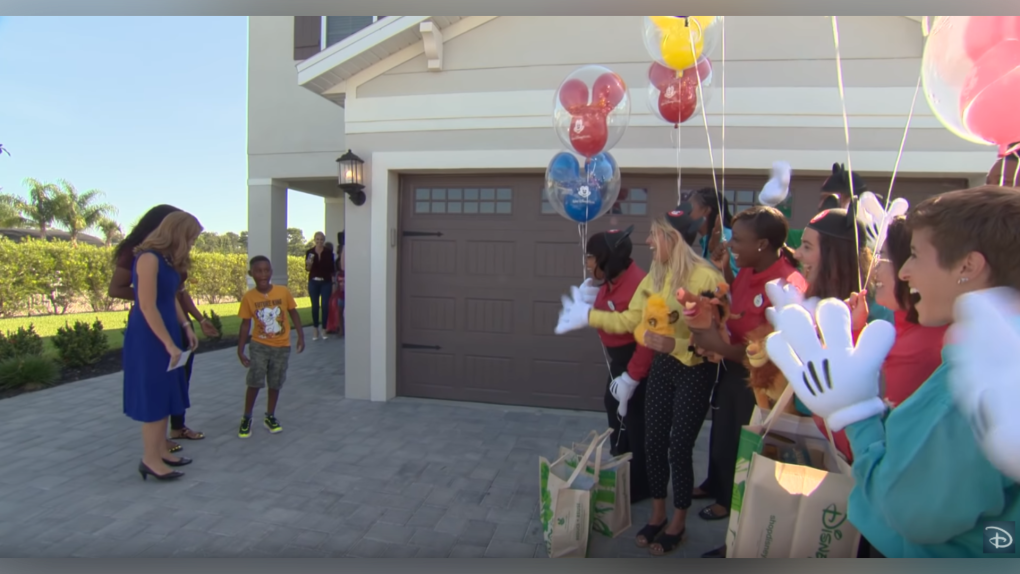 Jermaine Bell was surprised by a Disney delegation and Mickey Mouse himself with a free trip to the Walt Disney World Resort, in a video posted on September 09, 2019 (Walt Disney Parks on YouTube)

TORONTO -- Six-year-old Jermaine Bell of Allendale, South Carolina, touched a lot of hearts when he used the money he had been saving for a birthday trip to Walt Disney World Resorts to feed Hurricane Dorian evacuees for free last week.

In return, Bell was surprised by the big mouse himself when Mickey Mouse arrived, with a delegation from Disney during an interview segment on Good Morning America, to gift the boy with a free trip.

In a video posted to the official Disney Parks YouTube channel Monday, a Disney ambassador recounts the contributions Bell made to the hurricane relief effort, before surprising the boy at home and leading him outside where a crowd of Disney employees with balloons and gifts were waiting to surprise him.

“When the lady came out and she said ‘come around the corner,’ and when I saw everything like this, I was just super happy,” Bell says in the video, a Mickey Mouse hat perched on his head.

Cameras were on hand to capture his reaction when Mickey Mouse appeared, as Bell rushed into his arms and declared that he was “really happy.”

The Disney delegation gifted Bell a trip to the Walt Disney World Resort for later this month. Bell’s mother, Lauren Creech, said that “it really does instill in him that when you do good, good comes back to you.”