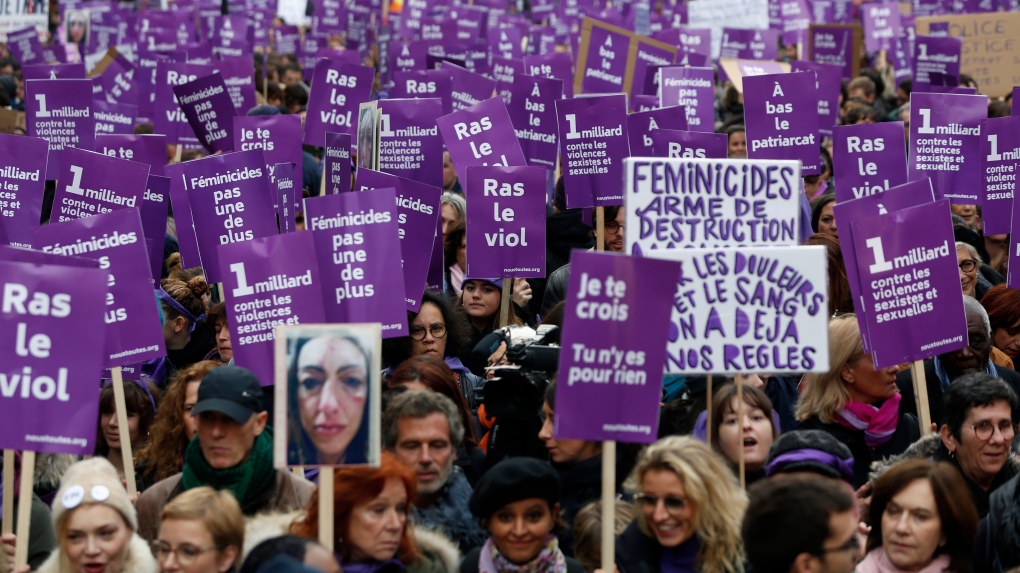 PARIS -- The French government is pledging to seize firearms from abusive spouses and better train police as part of a package of measures, worth millions of euros, to reduce the number of women killed by their partners.

Prime Minister Edouard Philippe unveiled a plan Monday to tackle the problem, including electronic bracelets for abusers and 1,000 new places in shelters for battered women.

French activists say at least 130 women have been killed by their current or former partners this year, in part because of poor police response to abuse. France has among the highest such rates in Europe, which President Emmanuel Macron has described as "France's shame."

Tens of thousands of protesters marched through Paris on Saturday to demand a national wake-up call over the long-overlooked problem of what they call "femicide."