Fortunes reverse for ex-judge and Brazil president he jailed

Fortunes reverse for ex-judge and Brazil president he jailed 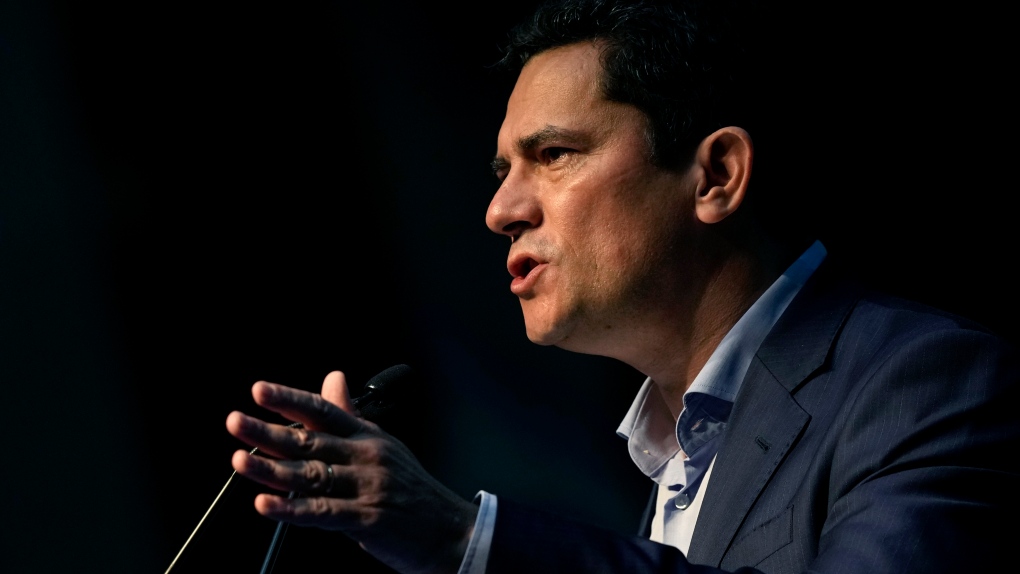 When federal judge Sergio Moro resigned to enter politics, many in Brazil believed the anti-corruption crusader who jailed a popular former president could someday occupy the nation's most powerful office.

But on the eve of Brazil's general election Sunday, the once-revered magistrate was fighting what polls showed was a losing battle for a Senate seat. And the leftist leader he jailed, Luiz Inacio Lula da Silva, wasn't just walking free -- he was expected to waltz back into the presidential palace.

"In 2018, corruption was without a doubt the most important issue in the electoral process," said Brandao. "Today, the issue doesn't have the same prominence among voters' concerns."

And Curitiba lost the limelight. Before the so-called Car Wash investigation that landed da Silva and other powerful figures behind bars, the relatively young city largely populated by transplants offered little in the way of identity, according to Nelson Rosario de Souza, a sociologist at the Federal University of Parana. Car Wash put Curitiba on the map. The multiyear probe, and Moro, struck fear into wayward politicians and executives previously thought to be untouchable.

"It shook up the collective imagination, like: `We're finally the center of attention and, apparently, for something positive. We're going to clean up Brazil,"' said de Souza.

Brazilians relished Car Wash's countless phases as if they were episodes of a juicy telenovela. Movies were made. Moro's face featured on magazines and he was feted at Curitiba's restaurants; people clapped when he entered and sent over champagne. A bona fide hero.

"You drove through Curitiba and five or six of every 10 cars had bumper stickers supporting Car Wash. Very few people in Curitiba dared criticize it," said Luis Carlos Rocha, da Silva's lawyer at the time.

After Moro sentenced da Silva to almost 10 years' imprisonment, Rocha visited him every weekday on the fourth floor of Curitiba's Federal Police headquarters. For 580 days, he was confined to a 160-square-foot (roughly 15-square-meter) room. Outside, hundreds of supporters held a permanent vigil demanding his release.

Moro's cheerleaders, meanwhile, set up shop outside his offices. A towering inflatable Superman with Moro's head joined demonstrators whose T-shirts read "Republic of Curitiba" -- a motto adopted from da Silva's complaint that the city appeared to observe its own laws.

Da Silva's convictions enabled far-right Bolsonaro to win the 2018 race. In Parana, a traditional bastion for the right, his corruption-fighting pitch resonated and he received twice as many votes as his opponent. Then he named Moro justice minister.

But Moro overestimated how far his anti-corruption clout could carry him, said Emerson Cervi, a political scientist at the Federal University of Parana. Moro quit in 2020 before implementing his much-touted plan, alleging Bolsonaro was seeking to interfere in the Federal Police. And Bolsonaro's social media warriors trained their fire on the apostate.

"He thought he was going to be revered, as if he were again a judge in court, but other politicians understood he was just a beginner," Cervi said.

Then the Supreme Court ruled that Moro had been biased against da Silva by colluding with prosecutors to secure a conviction, based on a trove of messages obtained by The Intercept Brasil. Moro pursued a "project of power, which required politically delegitimizing the Workers' Party and, especially, former President Luiz Inacio Lula da Silva," Justice Gilmar Mendes said last year.

With his convictions annulled, Da Silva, known universally as Lula, was cleared for a presidential run, and Moro prepared his own. Moro's was a damp squib, so he put out feelers for a Senate bid in powerful Sao Paulo, which also foundered. He opted to run in his home state -- extolling Car Wash's virtues with an anti-Lula platform -- and polls last month showed him trailing well behind.

In a short interview in Curitiba, Moro downplayed lessened concern about corruption as "circumstantial."

"Corruption will always be an issue in elections, maybe in some moments it won't be the main issue," he told The Associated Press. "The entrenched corruption inside Brazilian democracy, inside the public sector, is something that ends up breaking our democracy."

"Lula is a symbol of impunity," he added.

Local polls showed some late gains for Moro, said Arilton Freres, director of Curitiba-based Instituto Opini├úo. That could stem from reanimated sentiment against da Silva, fueled by polls showing he may win outright Sunday, without a runoff against Bolsonaro.

People may also care less about corruption given investigations into Bolsonaro's family members, he added.

"Voters now think, `If I need to vote for someone who is corrupt anyway, then I'm going to focus on what's affecting me the most, and that's the economy,"' said Freres.

Curitiba's largest rally this year was for da Silva. His supporters worried about turnout given pro-Bolsonaro, pro-Moro inclinations, but police estimated that 12,000 people attended. The lively event became a campaign video entitled "Lula in the arms of Curitiba's people," with people shown reaching for any part of his body they could grab.

Da Silva, who has cited his jail time to draw comparisons to Nelson Mandela and Martin Luther King Jr., told the crowd there had been a bonus: his romance with Parana native Rosangela Silva, nicknamed Janja. He has attributed his first wife's death in 2017 to pressure from Car Wash.

"There are people who think I hate Curitiba because I was imprisoned here," he said. "Jail made me learn to love Curitiba, because it was here, in jail, that I met Janja, and it was here that we decided to marry."

And he recognized those who sustained the 580-day vigil: "Thank you, Curitiba, for everything you did for me and for Brazil."

On Twitter, Moro called the rally "unbelievable," adding it reflected a legal system that allows the corrupt to walk. Two weeks later, he addressed a crowd of about 100 at a private club in Curitiba, assuring them "many lies have been told about Car Wash." Afterward, dozens eagerly snapped photos with the famous former judge.

One of his voters, Juliane Morvan, said Curitiba still feels wronged by da Silva's release, though she criticized Moro for "going around certain laws to force Lula's imprisonment."

"I agree with his (Moro's) morals and ethics and, on balance, he did more good things than bad," Morvan, 28, said near the Federal Police building. "I want to give him a chance to see what he wants to do."

That isn't the resounding adulation Moro once enjoyed.

Beto Simonetti, the president of Brazil's bar association, said if Moro fails to win his Senate seat, with the special legal treatment the position affords, he will become "an even easier target" for lawsuits from those he sentenced accusing him of bias.

Nothing would please Maite Ritz more.

She is the director of the Car Wash Museum, a virtual space presenting a highly critical look at the probe's legality. Da Silva's rally celebrated the community that local leftists created, Ritz said. His victory -- and Moro's downfall -- would be vindication.