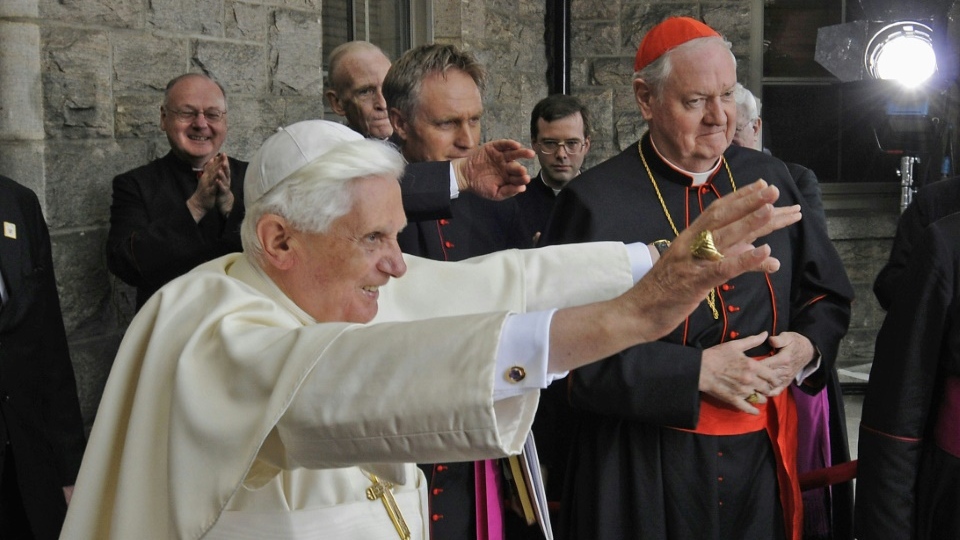 Former pope Benedict XVI (left, pictured 2in 008), who stepped down in 2013, contracted shingles when he visited his older brother in Bavaria. (AFP)

VATICAN CITY -- A painful case of shingles afflicting the face of former pope Benedict XVI is clearing up, his private secretary Georg Gaenswein has told a German newspaper.

On holiday in his Black Forest home region, Gaenswein told the Suedkurier newspaper on Sunday that "the illness is easing" in comments picked up by Catholic media since Tuesday.

Former Pope Benedict, who stepped down in 2013, had been weakened by anti-viral medications prescribed to treat the shingles, although the dose has been reduced since last week, Gaenswein said.

The German prelate lives alongside 93-year-old Benedict in a Vatican City monastery.

Shingles are "a very painful disease, but not deadly," Gaenswein said, adding that the former pope had suffered "pain that I wouldn't wish on my worst enemy".

The virus that causes the rash is the same herpes zoster behind chickenpox, and can reactivate after long periods spent dormant.

Benedict's outbreak began when he went to visit his older brother Georg in Bavaria in June for a three-day visit -- his first since he renounced the papacy in 2013.

"The pain started after his brother died" on July 1 aged 96, Gaenswein said.

Both brothers were ordained as priests on the same day in June 1951 and were very close.

Benedict's German biographer, journalist Peter Seewald, had raised the alarm about the former pope's health after meeting him on August 1 to hand over his latest book.

"According to Seewald, the pope emeritus is now extremely frail," the Passauer Neue Presse newspaper wrote at the time.

"His thinking and his memory are quick, but his voice is hardly audible at the moment."

The former pope's health "is no cause for particular concern, especially regarding a 93-year-old person getting over the most acute phase of a painful illness," Gaenswein responded via the Vatican press office.

Benedict was the first pope to step down in almost 600 years, citing health reasons for the unexpected move after eight years in office.