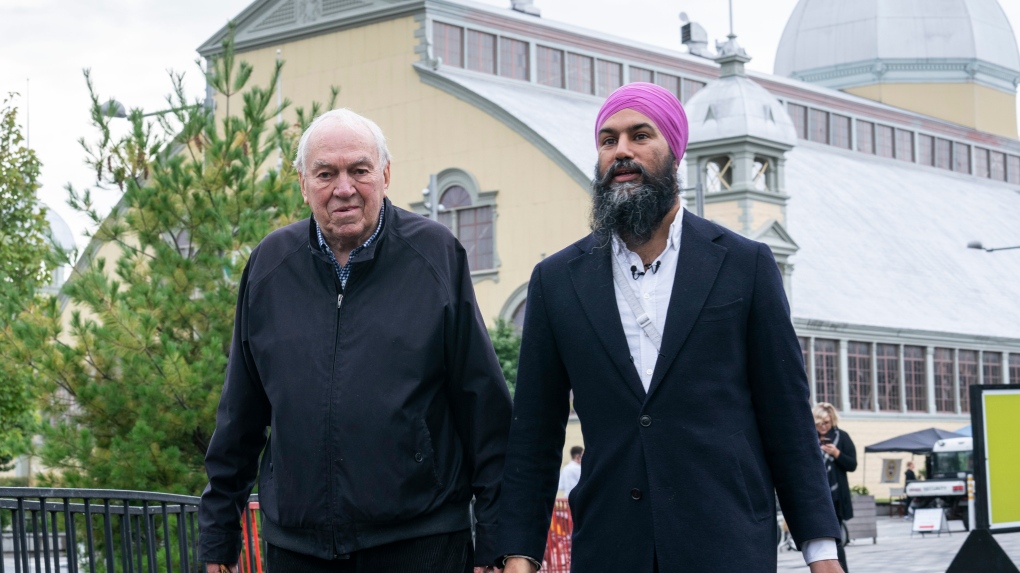 LONDON - A respected Canadian voice has taken up the cause of Canadian women and children being held under horrific conditions in Syrian detention camps who have little hope of returning home.

Ed Broadbent, the leader of the New Democratic Party from 1975 to 1989 and an elder statesman of human rights causes, is urging the Canadian government to take action and help the Canadian children stuck in the al-Hol refugee camp in eastern Syria.

Broadbent spoke at an event to celebrate the historic redress by Canada of wrongs committed against Japanese-Canadians during the Second World War -- including internment, seizure of property and in some cases, exile. From addressing these wrongs committed many decades ago, Broadbent turned to the plight of Canadians detained in Syria.

“My point is simple," he said. "Human rights were cruelly denied to Japanese-Canadians when it was politically opportune to do so. Today, on a smaller scale, this abuse is being repeated.”

“What is it about the children that has caused our government to be cruelly indifferent to their fate? The real test of political character is to defend rights when they are under threat by public opinion here at home.”

Broadbent said that, for months, about 40 Canadian citizens have been held in prisons and camps in Syria with little hope of coming to Canada. The vast majority, he said, are children under the age of five who are sick and malnourished.

“I believe their human rights claims have been ignored simply because the adults among them might have been involved with ISIS,” he added.

CTV News has followed the cases of several women being held in al-Hol camp, including a young mother of three boys. CTV News has also profiled the efforts of a Canadian family in Toronto who say they’re struggling to bring their now-orphaned, four-year-old niece Amira to Canada.

“I repeat,” said Broadbent. “What is it about 35 women and children. What about their rights as Canadians?”

There are more than 9,000 foreign women and children in al-Hol camp, which is run by the Kurdish militia who are supported by the American government. In recent weeks, there has been a dangerous outbreak of violence as some of the more radical ISIS wives have tried to seize control of the camp.

Alexandra Bain, director of a Canadian organization called Families Against Violent Extremism (FAVE), works with the relatives of at least 40 Canadians detained after the defeat of ISIS.

“It is both appalling and disgraceful that Canada has abandoned children to such misery and life-threatening conditions,” she told CTV News. “We all know what will happen to these children if they are left there: they will be the next generation of ISIS to pick up guns and attack the West.”

Broadbent said he wrote to Foreign Minister Chrystia Freeland requesting that Canada take immediate steps to bring home all those being detained in Syria.

“It took seven months for me to even get a reply from the minister,” he said. “Her reply amounted to an extended excuse not to act.”

The Canadian government has maintained it is too difficult and dangerous to enter the camps to provide consular services, even in the case of the four-year-old orphan, Amira.