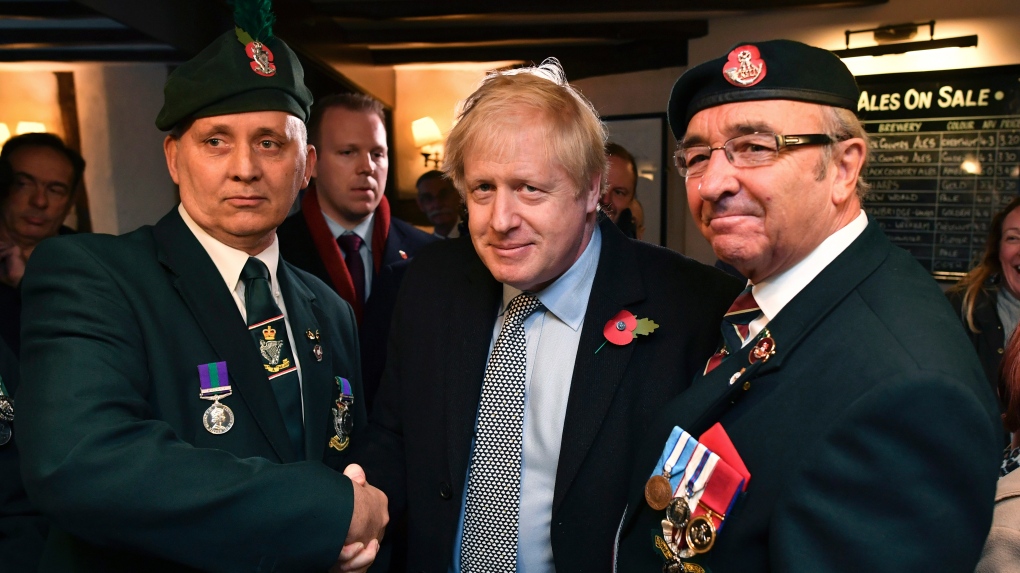 LONDON -- A former Conservative Party Cabinet minister said Wednesday that giving the party a majority in next month's election would be "disastrous" for the U.K., in the latest example of how the Brexit debate has shattered traditional party alliances in this deeply divided country.

David Gauke, who served as justice secretary until July, said an outright victory for Prime Minister Boris Johnson's party would likely result in Britain leaving the European Union without an agreement ensuring unfettered trade with the bloc.

"A Conservative majority after the next General Election will take us in the direction of a very hard Brexit and in all likelihood at the end of 2020 we will leave the implementation period without a deal with the EU ... in effect on no-deal terms," Gauke told the BBC. "And that I believe would be disastrous for the prosperity of this country, whole sectors would become unviable."

The comments underscore the upheaval underway in British politics, triggered largely by differing views on how and whether Britain should leave the EU. Many traditional Conservative voters, once attracted by the party's business-friendly policies and fiscal restraint, now oppose its focus on severing ties with the EU.

Johnson used a speech at a car plant to urge voters to back his party or face a "delay and dither" coalition that would be led by the Labour Party under Jeremy Corbyn and the Scottish National Party's Nicola Sturgeon, who would push for a fresh referendum on Scottish independence that he opposes.

The prime minister said there is a "pent up tidal wave" of tens of billions of dollars of investment ready to come into Britain if the uncertainty over Brexit can be lifted.

The Labour Party is also split over Brexit, as well as by Corbyn's left-wing policies.

Those splits are providing an opening for smaller parties such as the Liberal Democrats and Greens, who have united behind the goal of stopping Brexit. On the other side of the divide is the newly formed Brexit Party, which seeks to ensure Britain leaves the bloc as soon as possible. The Brexit Party this week said it wouldn't run candidates in constituencies now held by the Conservatives after Johnson promised Britain would leave the EU by the end of 2020.

Gauke said this "choreographed co-operation" with the Brexit Party means Johnson is now "boxed in" by hardliners who won't allow him to extend talks with the EU beyond the end of next year. Since it will take at least three years to negotiate a trade deal, Britain is likely to leave the bloc without an agreement next December, he said.

"I'm calling for people to vote for the centre ground, if you like," he said. "If independents can do well, if Liberal Democrats can do well, then we can have a Parliament that is both opposed to a no-deal Brexit and also, I have to say, opposed to Jeremy Corbyn going to 10 Downing Street."

That will also help ensure there is a Parliamentary majority for a second referendum asking voters to choose between Johnson's withdrawal agreement and remaining in the EU, Gauke said.

"Because the consequences of the Boris Johnson deal are so significant, we do need to check back in with the British people," he said. "And I think it's perfectly possible for there to be a parliamentary majority for that after the general election."

Gregory Katz contributed to this report.