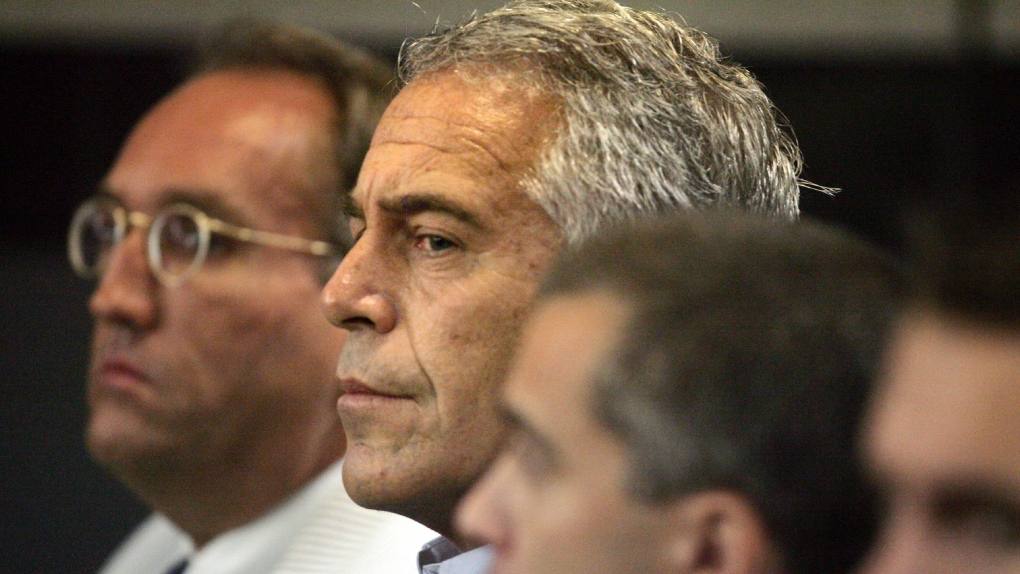 In this July 30, 2008, file photo, Jeffrey Epstein, center, appears in court in West Palm Beach, Fla. Under a 2008 plea deal, Epstein was allowed to spend most of his days at the office of his now-defunct Florida Science Foundation, which doled out research grants, rather than in the county jail, and now a Florida sheriff is launching an investigation into whether his department properly managed Epstein at that time. (Uma Sanghvi/Palm Beach Post via AP, File)

MIAMI -- A Florida sheriff launched an investigation Friday into whether his department properly monitored the wealthy financer Jeffrey Epstein while he was serving a sentence for soliciting prostitution from underage girls.

The inquiry will focus on whether deputies assigned to monitor Epstein in a work-release program violated any rules or regulations, Palm Beach County Sheriff Ric Bradshaw said in a statement. Under a 2008 plea deal, Epstein was allowed to spend most of his days at the office of his now-defunct Florida Science Foundation, which doled out research grants, rather than in the county jail.

"All aspects of the matter will be fully investigated to ensure total accountability and transparency," Bradshaw said.

Epstein, 66, was convicted on one count of procuring a person under age 18 for prostitution and one count of solicitation of prostitution. He served a 13-month sentence, registered as a sex offender and paid restitution to victims. While only convicted on two counts, prosecutors alleged that Epstein had been involved with dozens of underage teenage girls.

His plea deal helped him avoid more serious federal charges. But news reports of the deal sparked a public outcry, and federal prosecutors in New York charged him with sex trafficking involving underage victims. The charges led to the resignation of President Donald Trump's labour secretary, Alex Acosta, who was Miami U.S. attorney when the deal was signed. Epstein has pleaded not guilty. If convicted, he could be sentenced to up to 45 years in prison. A judge on Thursday denied bail, saying the financier is a flight risk and a danger to the community.

After a little more than three months in a Florida county jail, Epstein spent most of his days at his office, according to Palm Beach County sheriff's records released to The Associated Press. The terms of his work release program allowed him to be out of jail from 8 a.m. to 8 p.m., six days a week, but records show that on some occasions his personal limousine dropped him off as early as 7:15 a.m. or picked up as late as 10:40 p.m.

Sex offenders are now banned from participating in the county's work release program, but apparently weren't in 2008, according to a copy of the rules at the time.

Brad Edwards, a lawyer for several of Epstein's accusers, held a news conference in New York this week saying said he had been in contact with a woman who had "sexual contact" with Epstein in his office while he was still serving his sentence. Edwards wouldn't identify the woman. Epstein's lawyers did not respond to numerous emails requesting comment throughout the week.

One of the deputies who had been assigned to guard Epstein at his office for several days told the AP he did recall young women visiting, but couldn't say whether there was any inappropriate contact because he was stationed in the lobby, with two doors between himself and Epstein's private office.

"I do remember young women coming in and going back into the office area," the now-retired deputy, Jeffrey Rice, said in an interview Thursday.

"Early 20s, maybe. They just kind of said they were office assistants."

Epstein was not allowed to leave the office unless he was returning to jail, but records show sheriff's deputies escorted Epstein to his Palm Beach mansion on at least eight occasions.

Rice said when he escorted Epstein home, he stood guard outside the house, but wasn't aware of what Epstein was doing or if anyone else was inside. He contacted a sergeant for clarification on what he was supposed to do.

"I didn't do an interior sweep of the residence," he said. "I followed instructions to the letter."

Bradshaw said determining whether Epstein's wealth and high-powered legal team resulted in favouritism from the sheriff's department would be a key part of his investigation and a question that would be taken "very seriously."

Two victims have filed a federal lawsuit asking for the Florida plea deal to be thrown out. The suit claims prosecutors did not consult with victims as required by law, and a federal judge earlier this year agreed there was a violation.