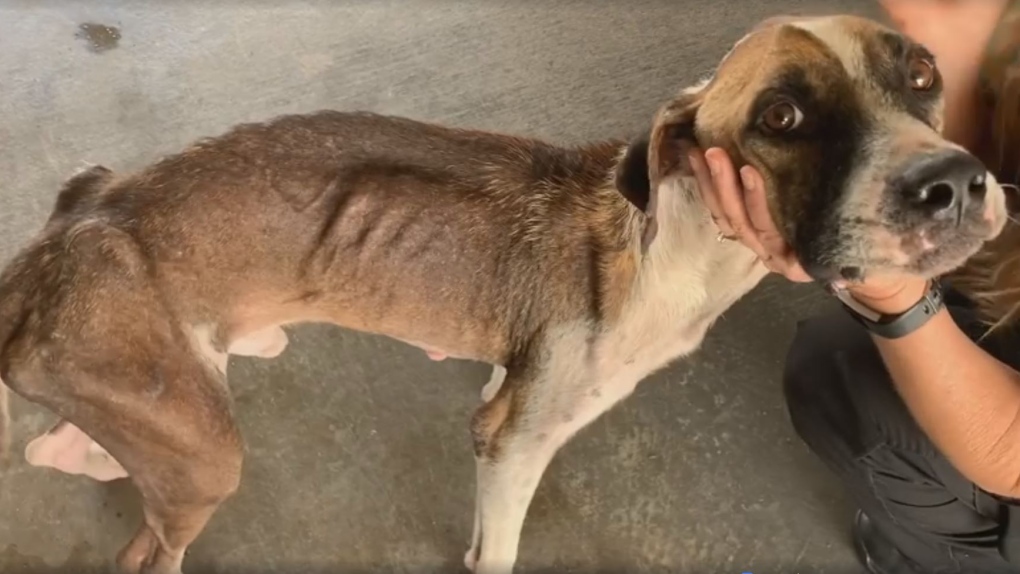 A Florida man was charged with animal cruelty after deputies from Okeechobee County allegedly found an “extremely emaciated” dog in his home.

On Wednesday, officers responded to reports of a starving dog at his residence. When they arrived, they say they found a “very skinny” animal who had no food or water nearby.

The Okeechobee County Sheriff’s Office charged the 26-year-old man with animal cruelty. He could face up to five years in prison and a US$5,000 fine.

The sheriff’s office said a veterinarian determined the two-year-old dog was not only "extremely emaciated" but also had a heartworm and was dehydrated. The dog, whose name is Frog, is now in the care of animal control.

Okeechobee County Sheriff’s Office posted Facebook video of the dog. The post read, “happy to be rescued is an understatement…”

The accused is in police custody and his bond has been set at US$500.