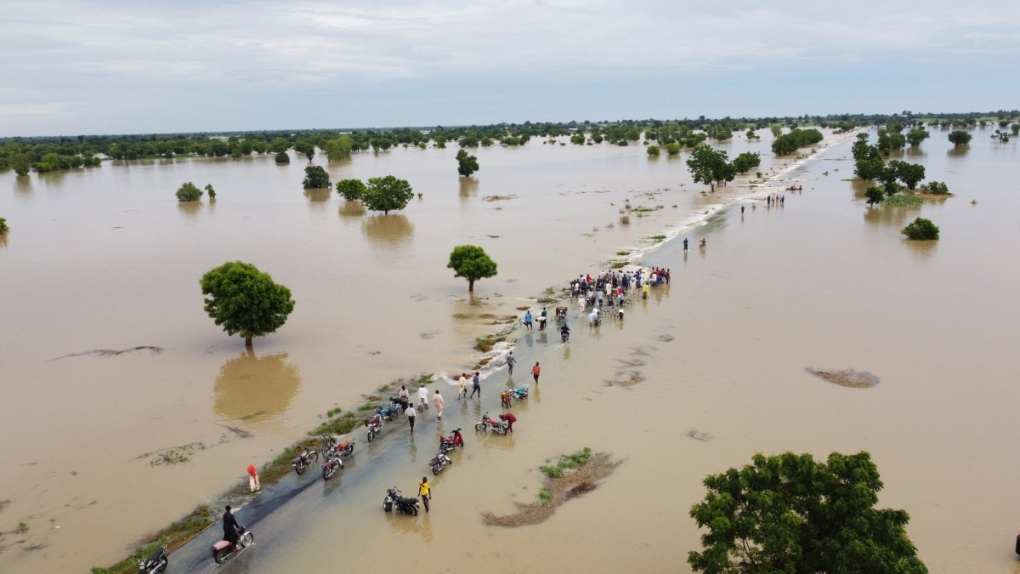 Thousands of travellers remained stranded in Nigeria's northcentral Kogi state after major connecting roads to other parts of the West African nation were submerged amid the country's worst flooding in a decade, locals and authorities said Thursday.

The floods also killed seven people whose homes were swept away in the state's Ibaji council area, the Kogi commissioner for information said as authorities struggled to evacuate residents in affected areas.

"We are in the middle of a terrifying humanitarian crisis as we speak," Kingsley Fanwo told The Associated Press, adding that thousands of homes were swamped.

Kogi borders 10 states in addition to Nigeria's capital, Abuja. Lokoja, the state capital, is situated at the confluence of Nigeria's two biggest rivers, Niger and Benue, and roads along river banks are more prone to flooding.

Nigeria's floods are blamed mainly on the release of excess water from Lagdo dam in neighbouring Cameroon and unusual rainfall. More than 300 people have been killed this year.