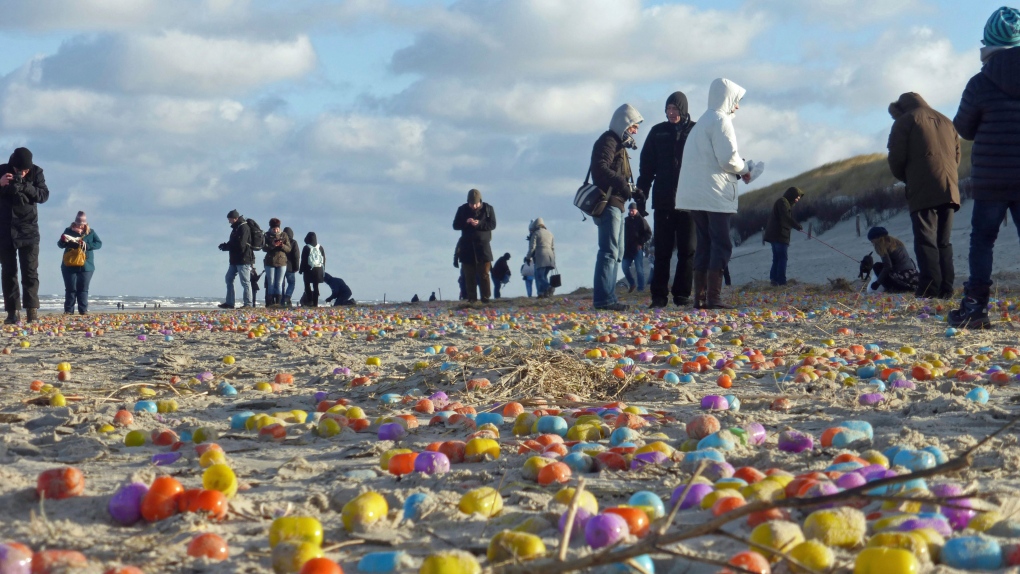 BERLIN - Easter has come early to the German North Sea island of Langeoog.

A flood of plastic eggs containing tiny toys has been swept ashore after a fierce storm, to the delight of the island's youngest residents.

The eggs containing instructions in the Cyrillic alphabet appear to have come from a container lost by a cargo ship en route for the German port of Bremerhaven.

Public broadcaster NDR reported Thursday that island authorities have called in the "eggs-perts:" a local kindergarten will help collect the unexpected bounty before it becomes a hazard for wildlife.