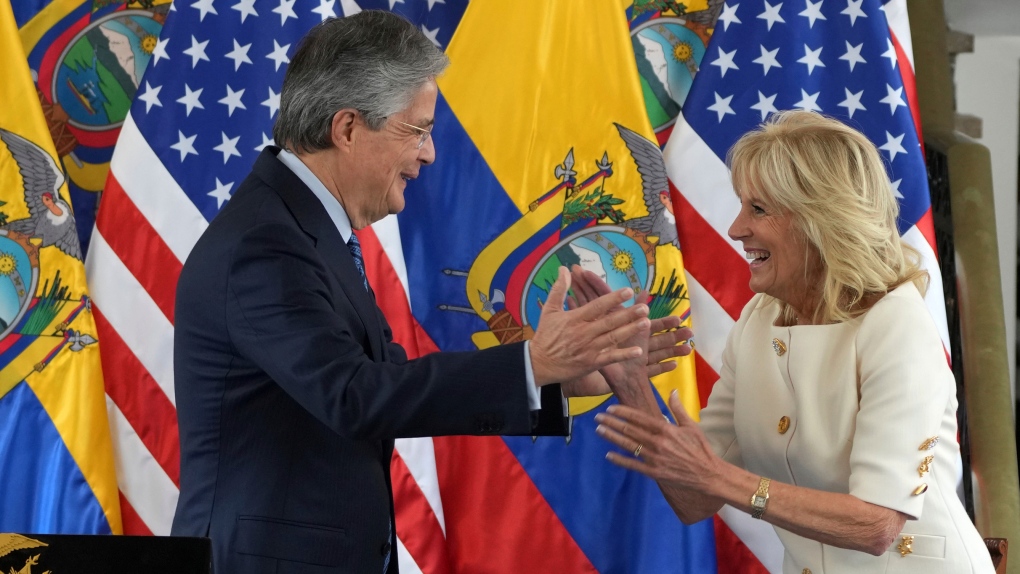 U.S. first lady Jill Biden arrived in Panama Friday, her second stop on a three-country Latin America visit before the United States hosts the Summit of the Americas next month in Los Angeles.

Biden landed in Panama City around midday and went directly to the presidential palace for a meeting with Yasmin Colon, Panama's first lady.

The two first ladies later visited a nearby school to learn about Colon's "See and Hear to Learn" program, which provides eye and hearing exams -- and eyeglasses and hearing aids, as needed -- to students.

Children waved Panamanian and U.S. flags in greeting at the Childhood Home School. Colon showed Biden classrooms where children's hearing and sight was being tested. The women spoke with children receiving new eyeglasses and hearing aids.

Biden arrived from Ecuador, where she emphasized the close relationship between nations of the Americas and how the economic or political situation in one can affect the others.

The Biden administration has been trying to build momentum in the region ahead of next month's Summit of the Americas, but has faced pushback over its unwillingness to invite Cuba, Venezuela and Nicaragua to participate.

Biden has said he wants to sign a regional declaration on migration and protection at the summit. The U.S. has been talking to governments throughout the region about controlling migration flows and encouraging some countries to host more asylum seekers to lessen the pressure at the U.S. border.

Panama is a critical transit country for migrants traveling from South America toward the U.S. They pass through the dense jungle of the Darien Gap that divides Panama and Colombia.

Emergency room delays to continue for 'quite some time,' doctor warns

An emergency room physician is urging governments to address the country’s shortfall of health-care workers in light of the recent temporary shutdowns of emergency departments and the staffing downsizing at others.