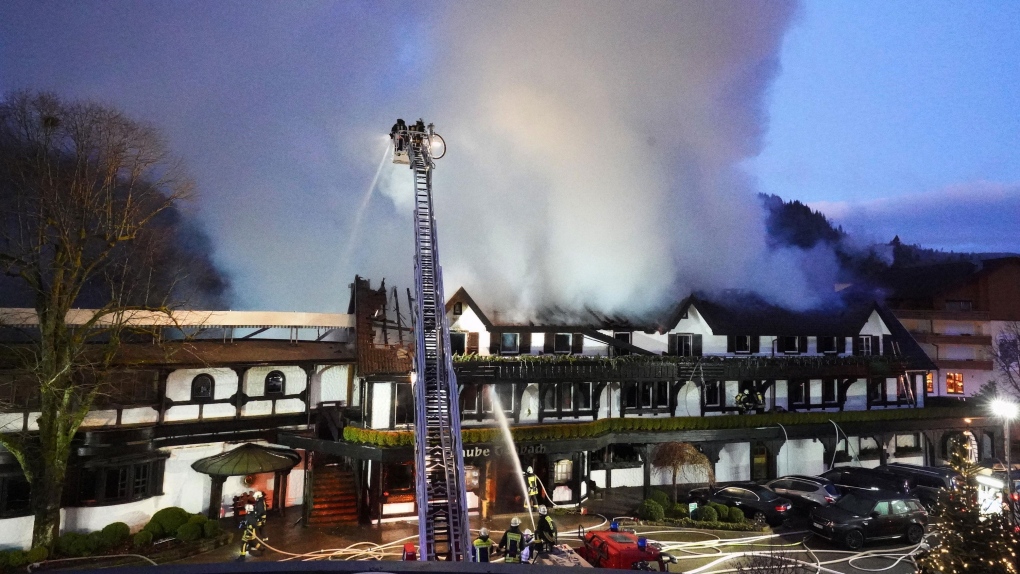 Fire broke out in the historic restaurant wing of the Traube Tonbach Hotel on Sunday in Baiersbronn, Germany. (Andreas Rosar/picture alliance via Getty Images/CNN)

A fire has destroyed much of a five-star Black Forest hotel, home to acclaimed and Michelin star restaurants, causing an estimated 1 million euros (US$1.1 million) in damage, police said on Sunday.

Fire broke out in the historic restaurant wing of the Traube Tonbach Hotel, Baiersbronn, Germany, shortly after 3 a.m. on Sunday morning, Pforzheim police spokesperson Frank Otruba said in a statement.

More than 60 people were evacuated from the hotel premises and the 230-year old building was almost completely destroyed by the blaze, authorities said.

More than 155 firefighters battled the inferno after an alarm went off after 3 am on Sunday morning, police said, adding that the flames were extinguished by 11.30 am local time.

The Traube Tonbach Hotel was home to several gourmet eateries and bars, including Michelin-starred Köhlerstube, and Schwarzwaldstube, which held three of the prestigious stars.

Police said the cause of the fire is still unknown, as investigators cannot yet enter the building.

The hotel group confirmed the fire in a post on Facebook, and thanked authorities for their fast reaction to the fire.