Fire sparked by undersea quake between Taiwan, Japan kills one 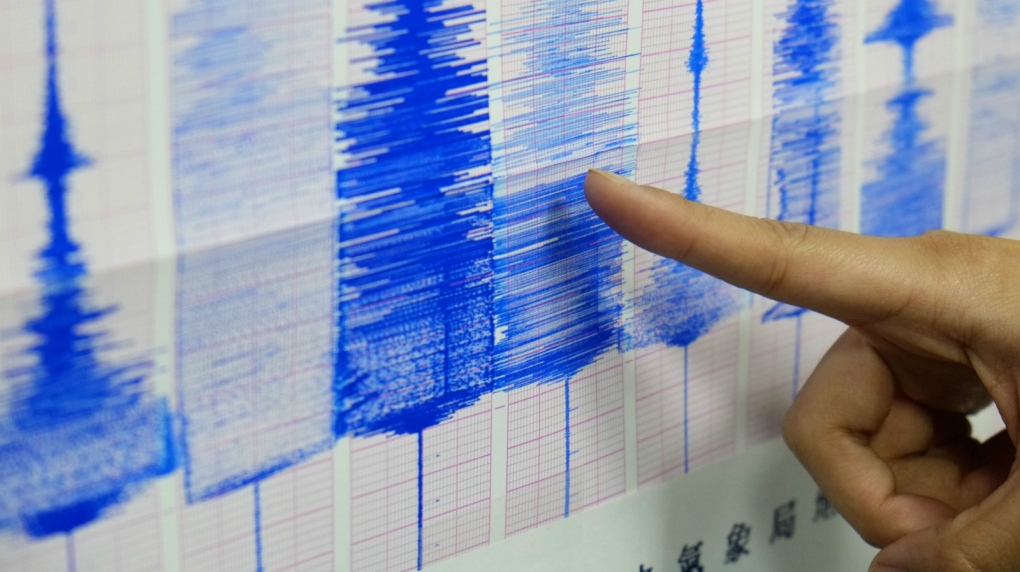 An employee of the Taiwan Central Weather Bureau points at the seismic chart showing the moment an earthquake that struck off the island's eastern coast in Taipei, Taiwan on April 20, 2015. (AP / Wally Santana)

TAIPEI, Taiwan -- A strong undersea earthquake struck between Taiwan and southern Japan on Monday, sparking a house fire that killed a person outside of Taiwan's capital and causing Japanese authorities to evacuate some schoolchildren as a tsunami precaution.

The quake triggered an advisory for a tsunami of up to 1 metre in Japan that was lifted after just over an hour. It caused buildings in the Taiwanese capital of Taipei to sway, and people there rushed into the streets.

A person was killed in a house fire in the Taipei suburb of Xinzhuang that was sparked by the explosion of an electricity transformer box due to the quake, Taiwan's fire and rescue agency said in a statement, without providing any further details.

Taiwan's official Central News Agency gave the age of the deceased as 84, but offered no other details. One other person was injured in the fire, the government said.

Footage from Taiwanese television broadcaster TBS showed signs and lights swinging from the ceiling of a newsroom in Taipei. Fire crews sealed off a multi-level parking lot in central Taipei after the mechanical parking tower failed, damaging 11 cars.

The Japan Meteorological Agency said the magnitude-6.8 quake's epicenter was at a shallow point in seas east of Taiwan and south of Okinawa, near the Yonaguni islands. It said no tsunami was detected.

Television footage of the area showed calm seas, but as a precaution schoolchildren in some low-lying parts of islands in the region were evacuated to safer locations.

Japan reacts intensely to tsunami risks following the massive destruction caused by a March 2011 earthquake and tsunami that killed more than 18,500 people.

Taiwan's worst earthquake was a magnitude-7.3 temblor that struck the centre of the island in September 1999, killing 2,415 people.